The Illiberalism of Speech Codes 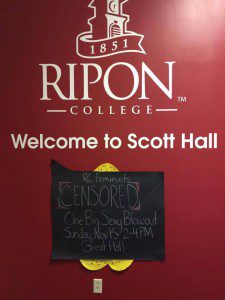 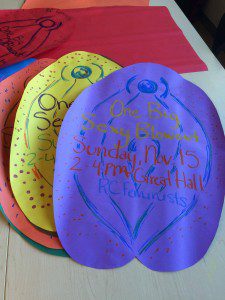 By: Steve Martin, PhD in Communication

Many colleges and universities restrict students’ free speech in a wide range of ways. At the same time, those very same colleges and universities openly promise to be bastions of free speech and free inquiry. Many colleges and universities clearly affirm the goals of the institution to support the open and free discussion of any and all ideas. Ripon College’s student handbook, for example, says:“Ripon College supports the right of all members of the College community, as individuals or as organizations, to examine, to discuss, and to advocate any issue and to express any opinion, both publicly and privately, within constitutionally valid limitations set by local, state, or federal statutes. In particular, all substantive issues related to College policy are to be considered open to full discussion and debate by the College community, whether through ‘town meetings’ or some other procedure. Individuals and organizations are free to support causes by orderly means. Furthermore, a rational and orderly examination of issues—whether local, national, or international—is fundamental to the academic process and is to be encouraged rather than repressed” (pg. 37) [emphasis is mine].Excellent! Yes, indeed that is the role of a liberal arts college. The “liberal” in “liberal arts” refers to a freeing of the mind, and, in order to truly free one’s mind, one must be able to be exposed to many ideas, from many different viewpoints. One must also be able to critically examine and respond to any idea and viewpoint. This would include ideas expressed in non-traditional ways, such as through artistic and visual expressions, performance art, musical performances, or any other form of symbolic communication.Unfortunately, there are other parts of the College’s student handbook that potentially contradict the passage on page 37. On page 43, the handbook states: “Postings must be in good taste and conform to standards Ripon College sets as an academic institution.” Later, on page 47, part of the College’s harassment policy forbids, “behavior, speech, or writing that demeans or stereotypes individuals in a harmful way.”These passages and guidelines create some obvious problems. What does “in good taste mean”? To what “standards” is the passage referring? Everyone can define “in good taste” quite differently, obviously. This piece of policy is so vague that it’s worse than useless: it’s dangerous because it can be used to silence and censor almost any posting or speech. Anyone can come up with all sorts of arguments for why something is in bad taste. The harassment policy is equally problematic. It is also incredibly vague and open to wide interpretation. What do most of those words really mean? What’s a “stereotype,” exactly, and how do we know if it’s “demeaning” or “harmful.” What kind of harm? How will we know if speech does this?My argument is that the policies on pages 43 and 47 are in potential conflict with the affirmation of the ideals of free speech on page 37. The policies on pages 43 and 47, furthermore, are actually not within constitutionally-valid perimeters, even though the passage on page 37 makes such a promise. Thus, although Ripon is a private college, and could therefore legally have more restrictive speech codes than a public college, it also created a contractual obligation not to do so on page 37. Ripon

College is not alone with this sort of problematic contradiction between its stated goals and its actual policies regarding speech on campus.

The problem, then, is that these policies set up a situation where students do not— and cannot possibly— know what is in “good taste.” They are free to interpret that widely, and the administration is free to interpret it narrowly, or vice-versa. It’s a bad mix of ambiguity and contradiction. This is harmful, and here’s why: It potentially silences students because they do not know if they can be punished for saying something they thought was in good taste, but someone else thinks is in bad taste. Who decides? I have no idea, and neither does the College, really. And that is a big problem that has already resulted in poor and haphazard policy enforcement. It will continue to worsen unless corrective action is taken. The solution is not that difficult, actually: remove the ambiguous speech restrictions from the handbook and treat students like the adults they are. Either that, or clearly define what “bad taste” means. I would argue that the latter is impossible.Often, this debate comes down to the word “offensive.” The idea is that “distasteful” speech is also “offensive” in some way. Then, an individual can claim to be “offended” by a particular word, picture, or image. Now, the College finds itself in a predicament. If someone says they find something “in bad taste,” who is anyone else to argue against that, if no criteria were ever established in the first place? Claiming to be “offended” has become a quite common method to silence others, I would point out. The last thing we want to do is to silence our students, especially before they even have a chance to try to speak in the first place.

This might surprise some people, but I want to be clear: we do not have a right not to be offended. In fact, we should understand that sometimes we must use communication that others might think is “offensive” even to be heard at all. I would also point out that nothing happens if someone is offended. But limiting speech based on potentially offending someone is an actual infringement of rights. Moments when someone says he or she is offended could—and should—be learning moments instead. We need to talk about ideas, not cover them up or prevent them ever from being uttered in the first place, even if someone finds them to be “in poor taste” or “offensive.” If someone finds something “offensive,” we should start a dialogue. What did the person think was “offensive”? What does that even mean, really, to be “offended”? We should ask people to defend their claims and justify their reactions to words, ideas, or images that are being said to be “offensive”. Explain why someone should be more sensitive next time to avoid using that word or portraying that image. We should strive towards reaching a consensus about what is “offensive” or not, and, after that, people would voluntarily avoid such communication.

Furthermore, speech codes actually thwart progress. Inadvertently, speech codes actually reinforce the status quo by allowing anything that challenges the way-things-currently-are to be labeled as “offensive.” Once that label is attached to a message, apparently that message must be silenced on campus. A historical example might illustrate this point best. Early in our nation’s history, women were not supposed to speak in public; it would have been considered in very bad “taste” for a woman to speak in the public square. Many men, and even many women, would have been “offended” to listen to a woman express a political opinion. It would have even been considered “offensive” to sign a political petition, for women were supposed to ask their husbands for permission on such matters.

It’s a good thing many women were willing to be “offensive,” defying their husbands’ and fathers’ standards of appropriateness and taste, or women likely would still not have the right to vote in our nation.

But why do speech codes exist now? It’s 2015, for crying out loud! Aren’t we beyond such archaic beliefs? Many faculty and administrators across the nation, with probably the best of intentions, argue in favor of speech restrictions because they want to create a welcoming, inclusive environment, or what often gets labeled a “safe space.” Something that merely makes someone uncomfortable can now be taken down and censored in the name of creating such a “safe space.”

College is not supposed to be a safe place in that kind of way, however, and we need to stop using that as an excuse to shelter people from certain topics, words, or images. Instead, we need to define “safe space” as a place where we can have open dialogue and even vehement disagreement about tricky, controversial, and, yes, even topics that some might consider “offensive.” A space is “safe” when everyone can voice their position without fear of punishment or censorship.

“Protective” speech codes, whether designed to be pre-emptive or after-the-fact, do not, in reality, create a safe space at all. Speech restrictions create a culture of fear, a space where people are constantly worried that they might say or do something someone else deems “offensive”; students (and faculty, too, I hasten to add!) are afraid they’ll be scolded or silenced like a child instead of being treated like the adults they already are and the even-better informed adults we hope they can become. So, they often remain quiet and fearful, never learning much along the way. If that happens, we have truly failed to deliver the liberal arts education we promised.