A student’s thoughts on the Presidential election while in Washington, D.C. 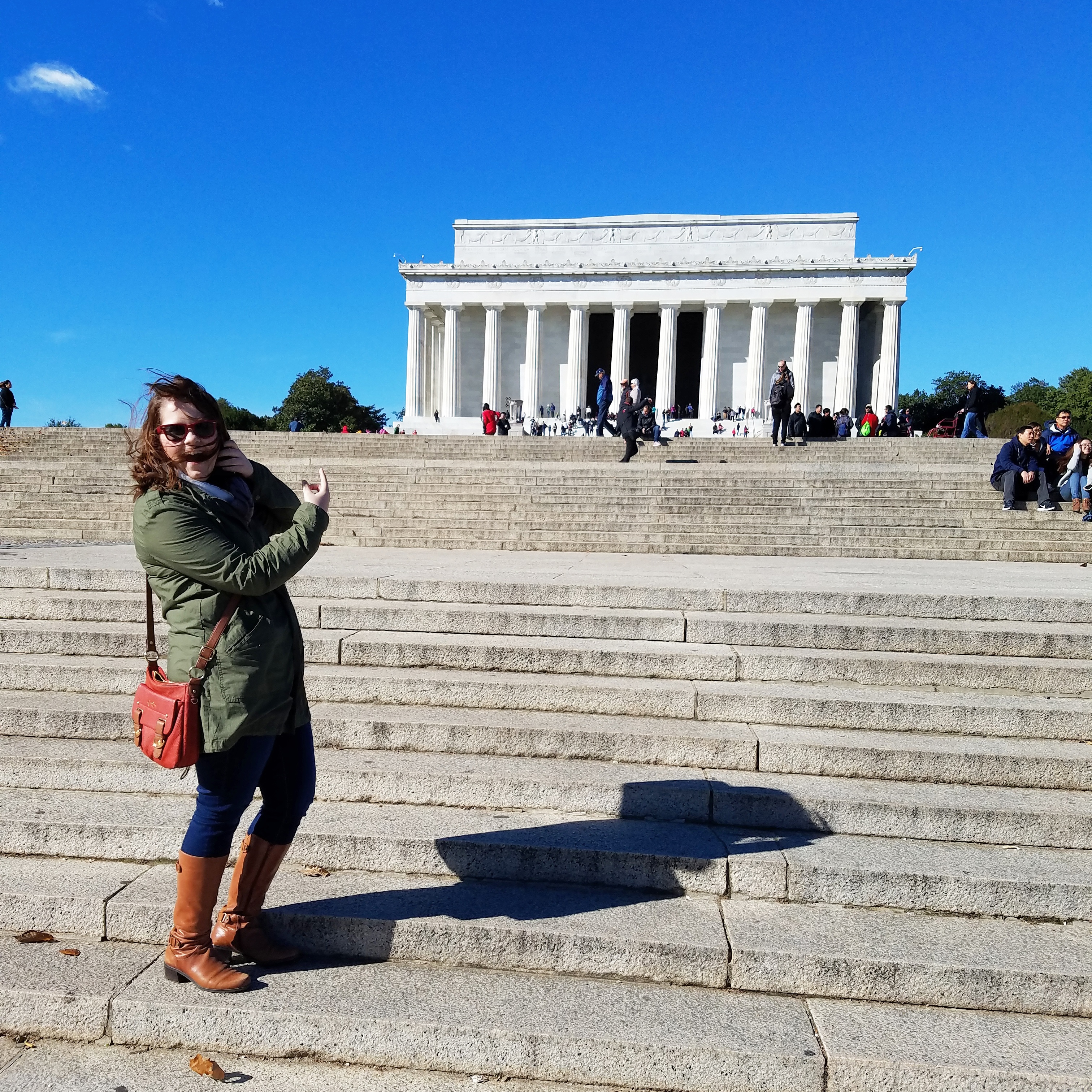 The morning after any tragedy is tough. Now, using the word “tragedy” is subjective and partisan, but the day after the election in Washington, D.C. truly did feel like a tragedy.

But first let’s rewind. The day before this monumental event was November 8th. I had made a last-minute impulse decision to board a bus to Philadelphia. A friend of mine had mentioned that she knew how to get free tickets to Hillary’s last rally. Having never been to a political rally before, I couldn’t say no. Three hours later we arrived in Philadelphia charged and ready. The people at the rally were decked out in their perfect political appeal. You could feel the excitement radiating off everyone as speakers took to the stage. First Bill than Chelsea Clinton greeted the people. Then Michelle and Barack rallied the crowd. Then Hillary came in with her bright red pant suit and spoke to the 37,000 of us crammed into the park between Independence Hall and the Constitution Center. It felt real, and it felt right. I left that rally positive I had just seen our next President speak.

Then came election day. Washington, D.C. was busy and bustling with people waiting in long lines to cast their votes. It seemed like there were camera crews on every corner of the street, waiting for an exit interview. I had already cast an absentee ballot in Wisconsin, so I spent most of my day waiting in anticipation.

I decided to go out and see what the atmosphere would be like. It was no surprise that Washington, D.C. was in its own liberal bubble. Meaning it was difficult to find someone of conservative ideology. That night I visited several bars and restaurants to watch the election results and at every place people would cheer loudly when states were called for Hillary, and boo for Trump’s victories.
The night started off hopeful. People were socializing and discussing the election. When results came in, everyone would drop what they were doing to stare at the TV screens. As the night progressed the first initial smiles on people’s faces fell to frowns of worry as more and more states were called for Donald Trump.

No one believed it could happen. By midnight, the election had not been called, but it was not looking good for Hillary. Everyone’s liberal bubble had been popped. Suddenly the world didn’t make sense. I remember leaving early and catching a bus home because I couldn’t be around the depression that was D.C.

The next day I woke up to alerts on my phone naming Donald Trump our next president. I was not surprised. I got dressed and went to my internship on Capitol Hill. Working for a Democratic Senator during a big election can be ominous, or at least that was the feeling when I walked into the office. Everyone was gathered in the conference room, not speaking but slowly taking small pitiful bites of pizza that someone had ordered as a pick-me up. There was also a dog a staffer had brought in, in hopes that maybe a furry friend could change the mood.
But it didn’t. Washington, D.C. was in mourning. Even the weather knew it, as it rained off and on all day.

I fell for it just as bad as D.C. and my co-workers did. I fell victim to my liberal bubble. From working for a Democrat to attending a huge rally in Philadelphia, I saw no possible way that Hillary could lose. That was the problem. While being in Washington, D.C. for a major presidential election was historic, part of me wonders if the blow would have been easier if I had been in Ripon. In Ripon there is no liberal bubble, but a variety of thought. I did not meet a single Trump fan while there , but I know of some back at Ripon.
While some people lick their wounds and processes these results it’s important to not retreat to our comfort zones. One of my biggest takeaways from being in DC came from a conversation with the editor of Kiplinger magazine. He told my class when discussing the election to, “watch our rhetoric, don’t sound like an elitist.”

What I learned from being in Washington, D.C. is that it is important to recognize the other side, and not to discount people because you don’t understand their viewpoint. It’s something I have done, and it’s something I want to fix. While, Trump may not have been my pick for President I will do my best to keep and open-mind, but still fight for what I believe in. So long as I still try to get outside of my liberal bubble.

Editor’s note: Lauren Hince is a member of the College Days newspaper staff.