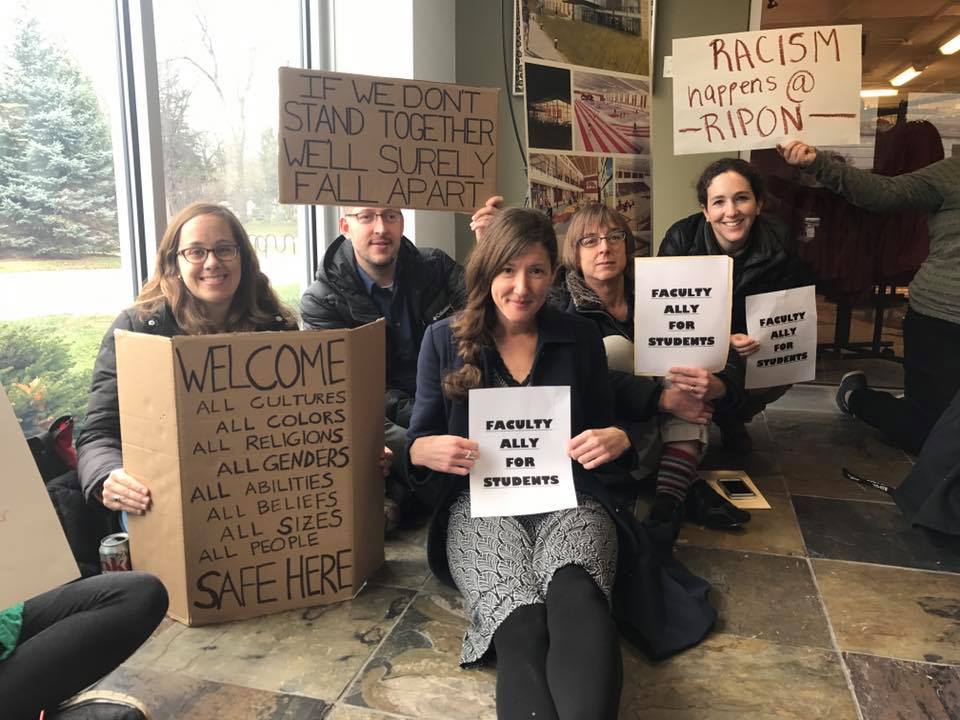 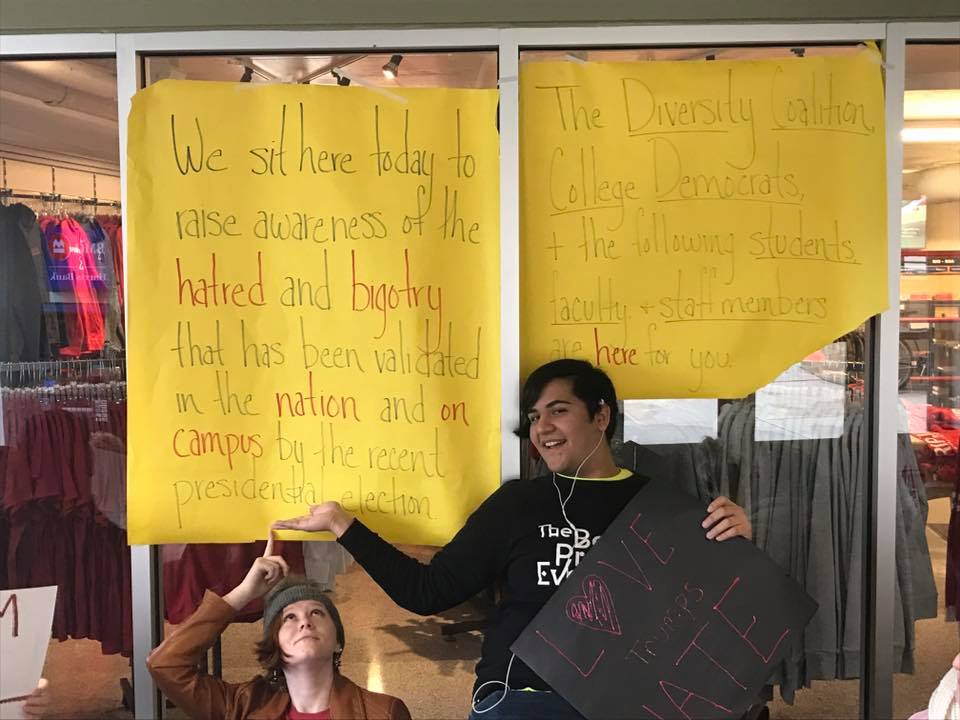 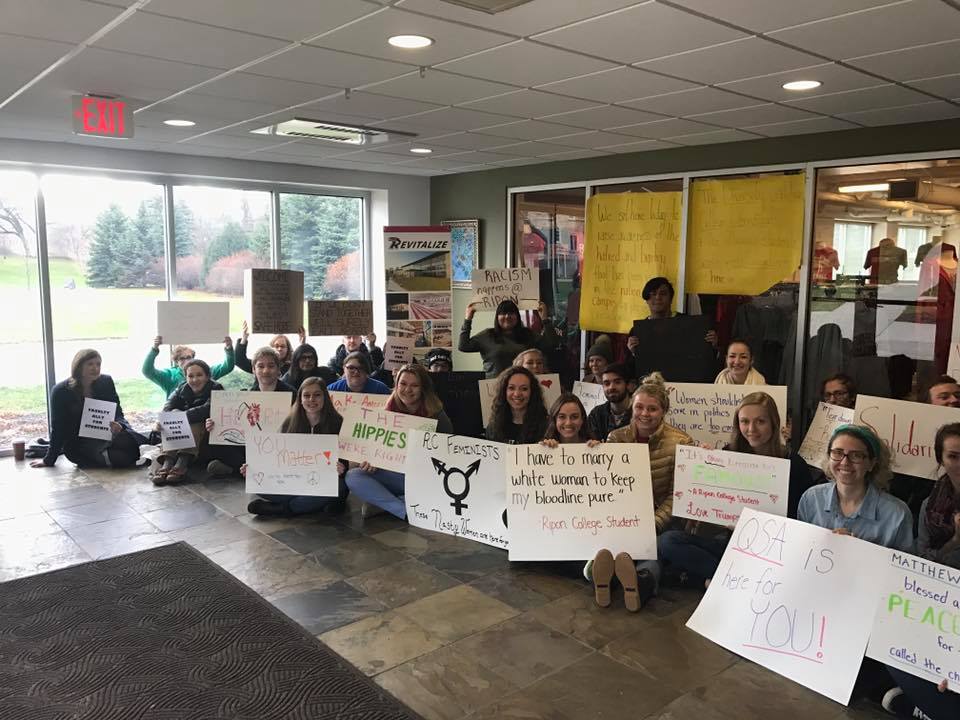 A group of about 50 containing faculty, staff and students assembled in the lower area of Pickard Commons to convey one message: “We are here for you.”

This was no ordinary assembly of Ripon College members. No chairs, no tables and no rhyming chants accompanied this protest; students sitting on the ground, and students holding signs of college bigotry and hatred told the story of this demonstration. Several of these signs even quoted Ripon College students, some stating, “Women shouldn’t vote or serve in politics because they are too emotional,” and “I have to marry a white woman to keep my bloodline pure.”

Rose Hogmire, a protest organizer said, “a lot of hatred and bigotry and all around nastiness has been validated by the presidential election. I think a lot of people were very disrespected; I can’t even imagine the xenophobia, the racism, and the sexism that was just ok to be said during the election. I’ve never seen politics so unempathetic, it blows my mind.”

Students walking into the commons were greeted with the saying, “Love Trumps Hate.” The Student Senate commented that the protest was an acceptable way to show dissatisfaction with the state of affairs today, “I think a few of the posters do show some of the more intolerant statements made on this campus,” Senate President Ryan Edquist said. He additionally urged students to contact their representative on important issues so they can be brought up to the Senate and passed as a state of student opinion.

A mix of student opinions accompanied the protest. Of the College Days survey sent out to the student body after the protest, 54.9% of the 72 students who took the survey agreed with the purpose of the protest. One student said, “I think it’s crucial to create a campus environment in which everyone feels welcome and accepted, and letting people know that the diversity clubs were there for them was a great idea.”