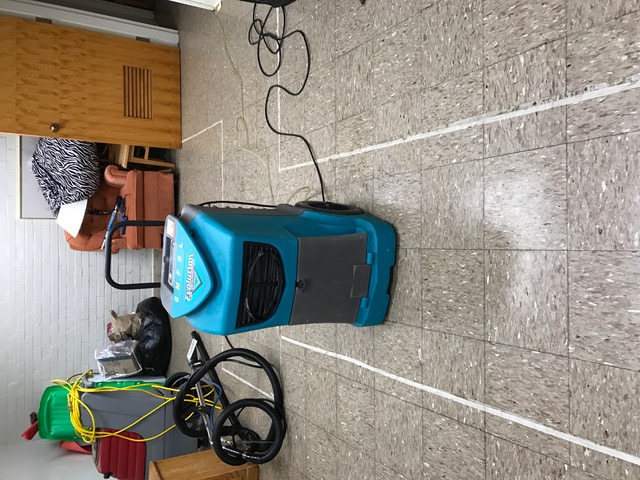 Floors of Tri-Dorms were dried to prevent mold. 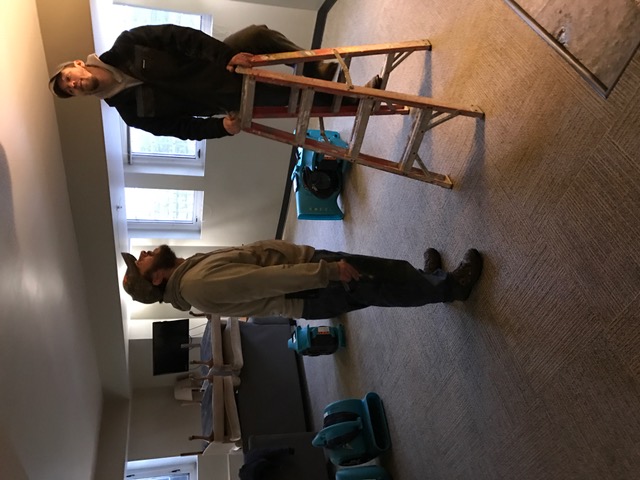 Members of Plant work to patch a hole in ceiling from the flood. 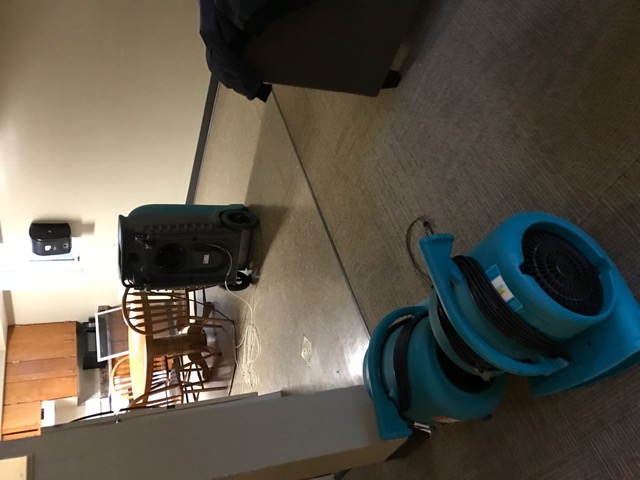 The basement of Tri-Dorms being dried. 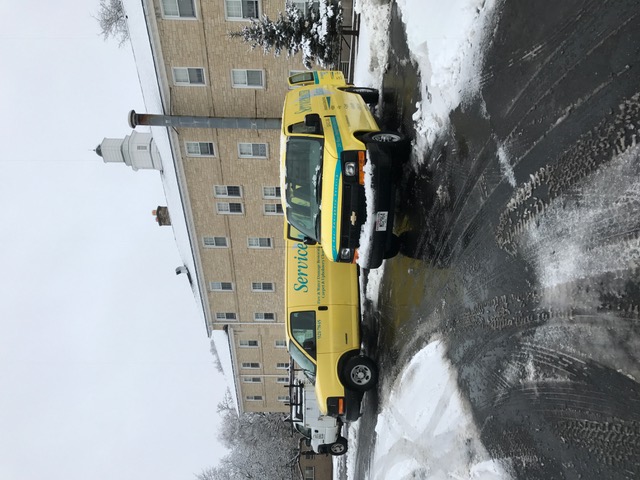 Ripon College called in outside help to clean up.

As students were heading to bed Tuesday night, the fire alarm blared through the hallways of Tri-Dorms Residence Halls.

On Jan. 25, at midnight, the sprinkler on the first floor of Tri was triggered, resulting in a burst pipe and damaged electrical wires. At this time school administrators are not sure what triggered the sprinklers.

Around midnight students were asked to evacuate Tri-Dorms and were displaced for more than an hour.

Sierra Tireman, a freshman resident of Tri-Dorms Residence Halls, explained that she was in bed when the fire alarms first went off. Tireman noted that all the residents were asked to evacuate and wait in the Pub. Tireman wasn’t sure where she would be sleeping that night, but was able to call upon the help of her sorority.

Dean of Students Chris Ogle said that he arrived late to the scene. Ogle was busy negotiating rooms and shuttles to the Comfort Suites in Ripon.

“We were planning on putting everyone up in the Comfort Suites, but when I got there the sororities and the women in Johnson were all incredibly accommodating. The numbers dwindled fast so we didn’t end up needing the Comfort Suites,” Ogle said.

While residents of Tri-Dorms searched for a place to sleep Residence Life worked to clean up the mess.

“We didn’t know what we were going to do, but everyone really stepped up,” says Erika Isaacson a Residence Life staff member, “I went to bed around four and got up around eight to let people into their dorm.”

In the morning, residents were instructed to pack a bag since school administration expected students would not be allowed into the residence hall for 24 hours, but the college completed the repairs more quickly than expected. Ogle explained the biggest priority was drying all the carpets to ensure that no one would have mold growing in their dorm. The school even called in an outside business to assist with the cleaning.

“We were able to get back in by 12:30 [p.m.],” said Mitra Kermani, also a freshman resident of Tri-Dorms, later adding, “Only [five] rooms were destroyed.”

According to Ogle, it’s still too early to tell how much repairing the damage will cost, as the school is still assessing the damage to the building as well as to students’ property. Ogle is confident that four of the five rooms will be back to normal fairly soon.

As for the room with the faulty sprinkler Ogle says, “that’s a whole different story.”