Bringing ‘Measure for Measure’ from the 17th century to the 1930s 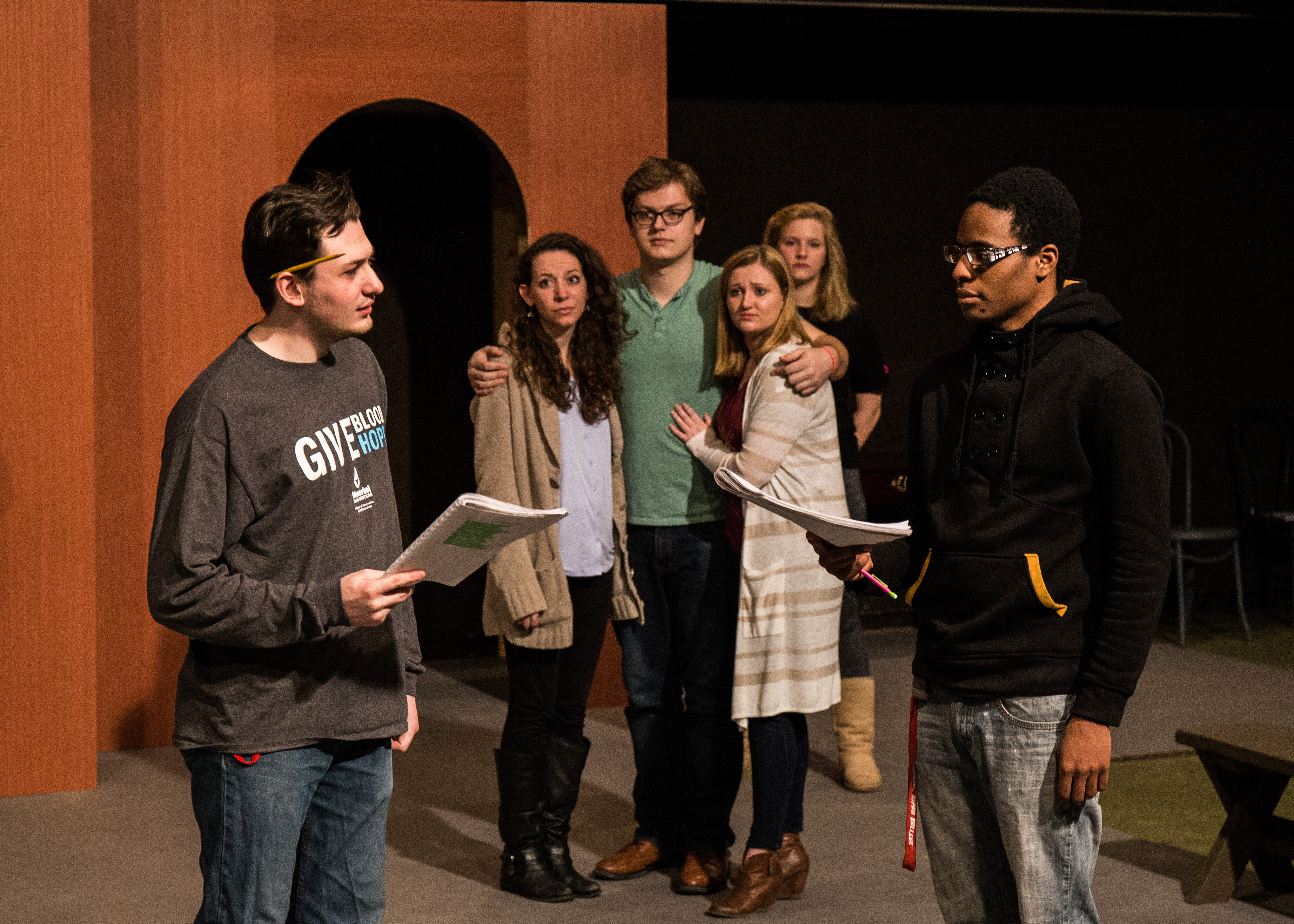 Members of Ripon College’s theater department are beginning the spring semester with William Shakespeare’s “Measure for Measure,” challenging themselves to help their audiences appreciate the bard’s words and work.

Trouble arises in the dark comedy when the Duke (Brennan Kane ‘17) places Angelo (Jimmy Balistreri ‘19) in charge of Vienna during his absence. Angelo decides to enforce the laws against fornication that has been previously disregarded under the Duke’s reign, thereby sentencing Claudio (Mike Baumhardt ‘17) to death. Claudio’s sister Isabella (Sophie Widman ‘18), a nun, must then decide between her brother and her religious beliefs as Angelo provides her with an opportunity to save Claudio.

According to Director and theater professor Robert Amsden, “The play is built on contrasts and opposites, although this does not make it special as all plays have these qualities, but the results here are characters and situations that appear to have the complexity of actual human relationships and personalities.”

Amsden has transformed the play from its original five acts into two acts and chose to change the setting from the 17th century to the 1920s, early 1930s, during the Prohibition era. Performing as the Duke, Brenna Kane said, “[The play] has comedic moments and serious ones alike that transcend the period they were written in, making them accessible and understandable to us 400 years later. And we have been working very hard to do justice to the spirit of Shakespeare’s work.”

“I hope people come away with a sense of what it means to put others before yourself … [Also,] fighting for what you believe in and coming out of it stronger, not being afraid to challenge others when you don’t think something is right, and speaking up for yourself as well,” said Sophie Wildman, in regard to her character, Isabella.

The cast has been rehearsing in order to perfect their lines, body movements or lack of movement for Isabella, and blocking and will continue to do so until the play opens on Wednesday night, March 1st. “Come see the show!” said Wildman, along with others involved in the production, as the theater department moves “Measure for Measure” to the 1930s stage of oppression and corruption.

The play will be performed beginning March 1 at 7:30 in the Benstead Theatre and will continue into the weekend with the final night being on March 4. As usual, admission for students is free but should be reserved in advance to ensure a seat.