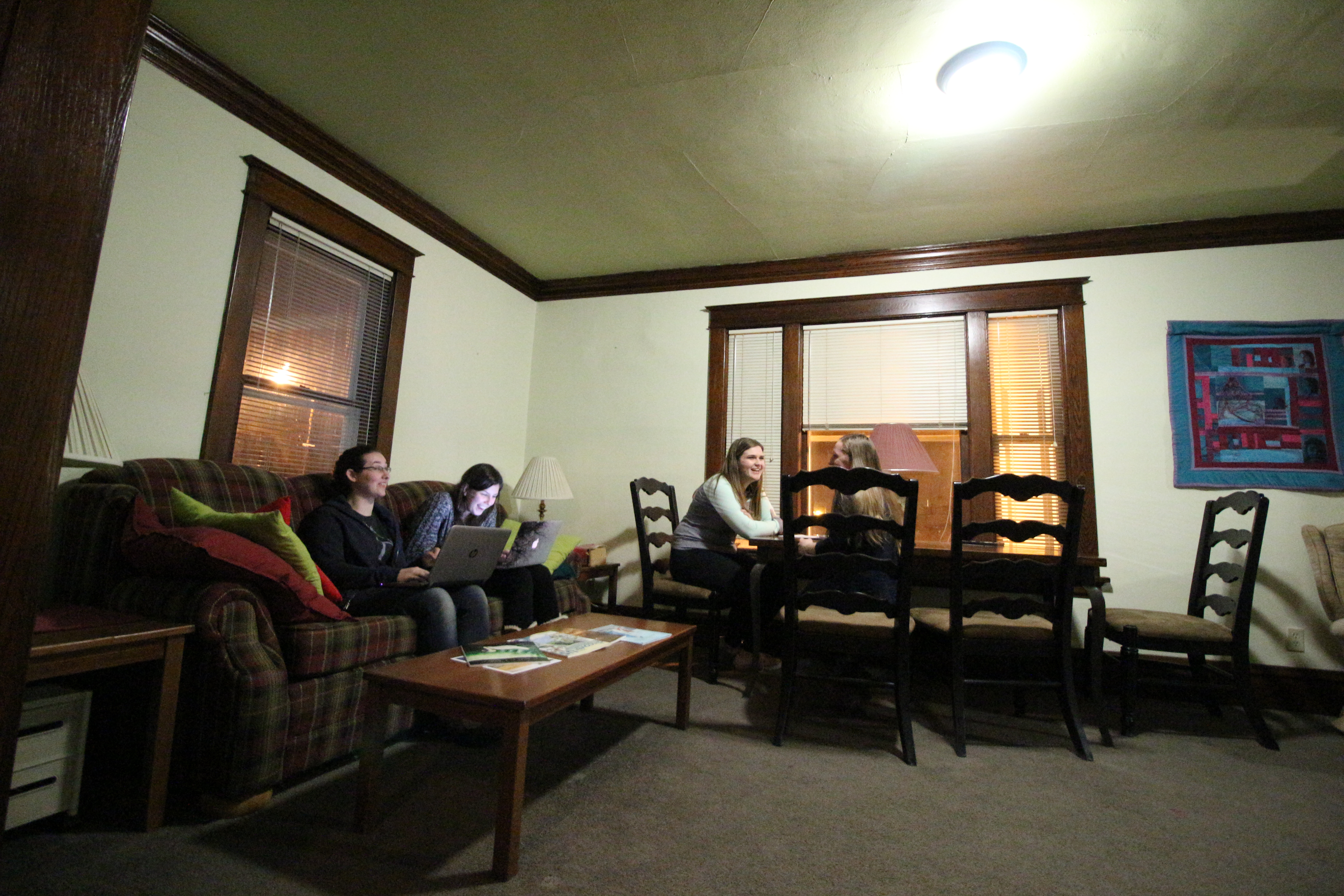 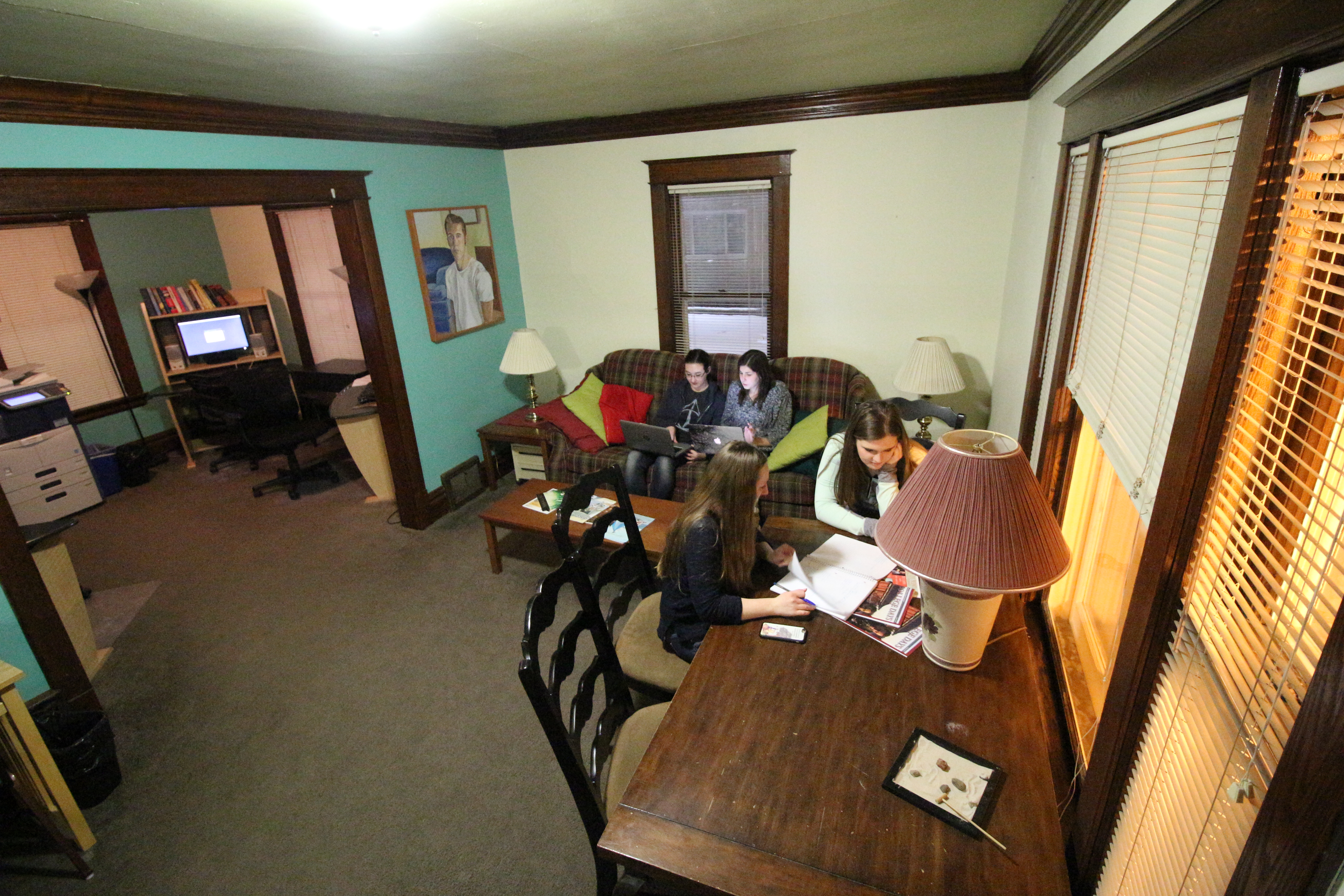 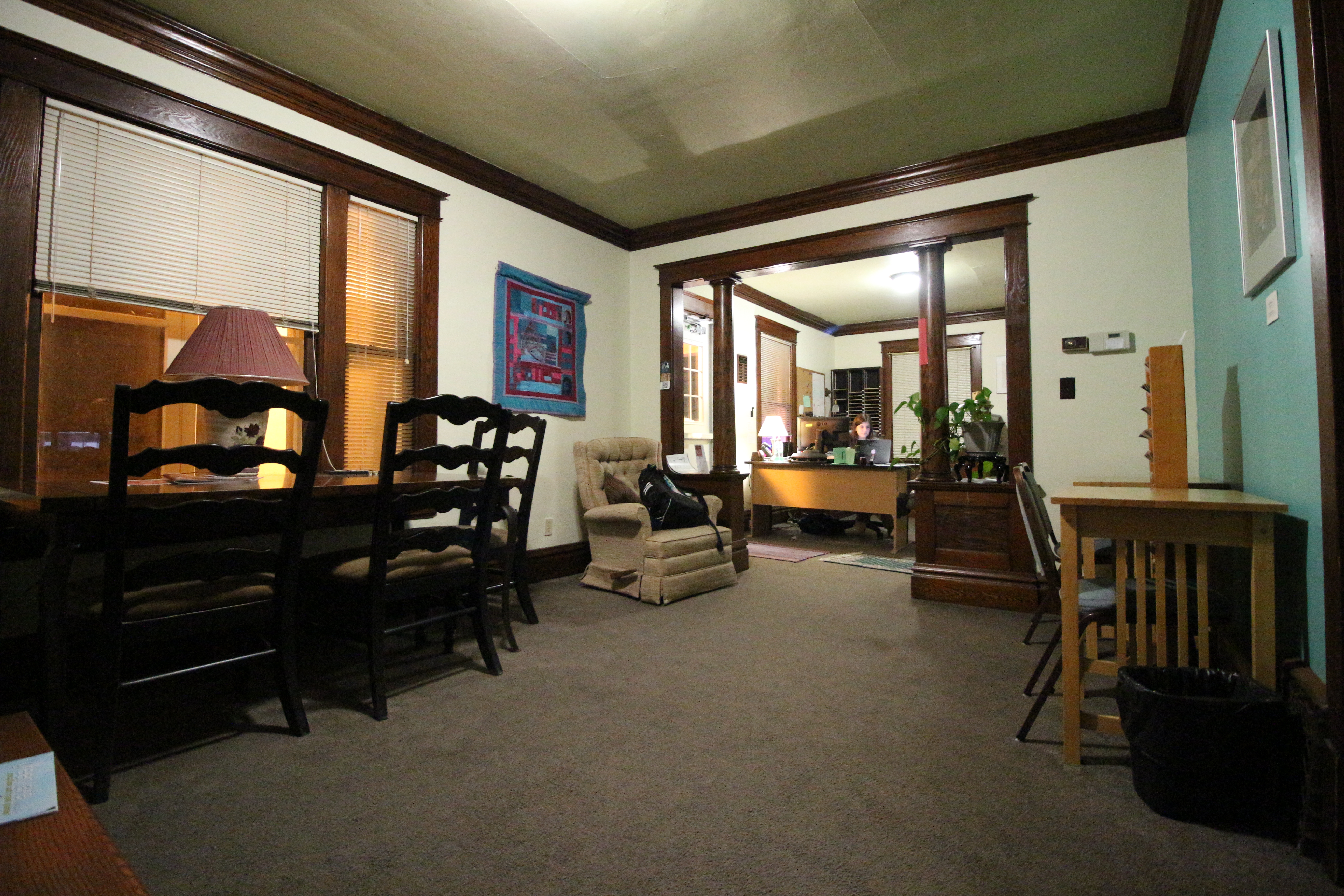 The Collaborative Learning Center (CLC), which aims to provide Ripon College students with peer mentoring and help on their assignments, may be moving to the Pickard Commons soon. It currently sits at 420 Thorne St. in what used to be a private home situated between the Johnson and Scott residence halls. With the campus bookstore soon to move to a new location downtown after closing Feb. 2, the CLC may take the bookstore’s former space.
Motivating the possible move are budgetary concerns surrounding the CLCs maintenance. “It’s an old house and would cost something to really get up to snuff,” said Professor Thomas Truesdell, coordinator of the CLC.
According to information from the Wisconsin Historical Society’s website the house that the CLC currently operates out of was built in 1915, making it over a century old. To some, the CLC’s age adds to its charm.
“I love the atmosphere. It’s very homey, so it’s very peaceful and very comfortable,” said Lucy Izzo, a first-year student who began using the CLC late last semester and has been a frequent visitor since.
Because of its age and its having been built as a residential home, the CLCs interior reflects a style different from that of other buildings on campus, many of which were constructed years later and with academic functions in mind. “It’s a change,” Truesdell said noting the contrast, “It’s not a cinder block, drop ceiling, fluorescent-lit place with institutional furniture and it’s nice to have a little change of pace once in awhile.”
In its current location, the CLC is on the same road as entrances to the Scott and Johnson residence halls, an entrance to the Tri-Dorms parking lot and a vehicular entrance into the Quads circle. If moved to the bookstore’s former location in the Pickard Commons, the CLC would be farther from the residence halls but closer to the academic buildings of upper campus. This would shorten the walk for students after getting out of class or eating in the Pub or Commons.
Izzo explained that no matter the CLC’s location she would continue to use it and feels that due to the help the CLC provides other students would as well. “I think of all the papers I’ve had, I don’t know what I would have done without the CLC if I didn’t have them check my papers,” she said.
No matter what decision is ultimately made as to whether or not the CLC will stay in its current location, change will not come immediately. “Certainly nothing will happen this semester because, let’s say for the sake of argument, that it’s decided the CLC will move down to where the bookstore is, That space is not a space that the CLC can just move into and say, ‘Here we are.’ There would need to be stuff done, it would need to be reconfigured to some degree,” Truesdell said, “nothing is imminent; let’s put it that way.”