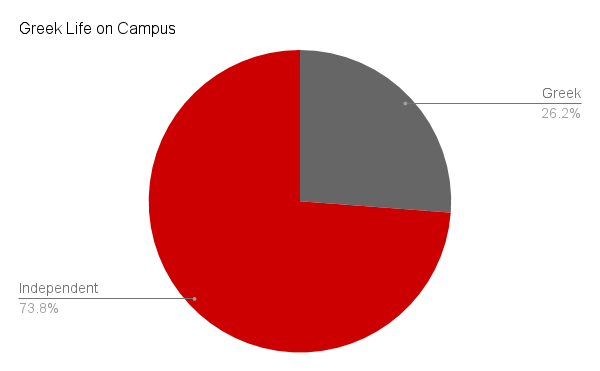 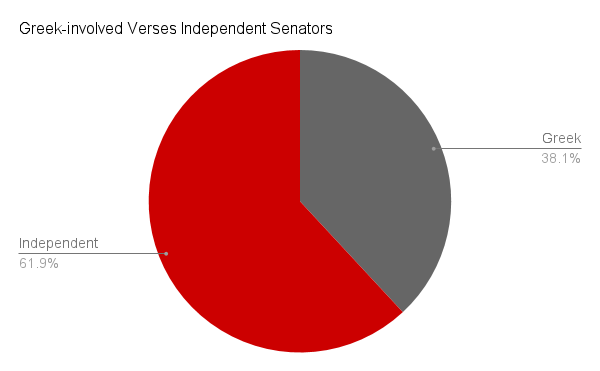 In April, the Student Senate passed revisions to its constitution affecting how the student body is represented. Since these changes, the number of senate seats set aside for each class has decreased to one each, and the senate has designated 10 seats to represent “special interests.” Additionally, students involved in Greek Life can now fill “special interest” seats if the need arises.

In the past, each class was assigned a number of seats in the Student Senate proportional to that class’s size. Part of the reasoning behind changing this was difficulty in finding enough interested students in each class to fill each seat.

According to Student Body President DeLou Wilson, near the end of last year, there were times when the Senate barely had enough voting members present to conduct business. “We were having a lot of trouble drumming up interest for the Student Senate, and as such, we only really had a voting body of 13, maybe 14 if we were lucky,” Wilson said.

The new special interest seats have taken the place of the additional seats which would have represented the four classes. These seats are meant to represent specific groups of students, such as student athletes, or student clubs, such as Ripon Live. Due to the policy changes, when no independent student is available to fill one of these seats that seat will be considered to be an “at-large” position.

According to the Student Senate constitution, “Any student who is an initiated, non-expelled member of a Greek group is barred from representing independents.” This past april an exception was added to this policy allowing for Greek involved students to represent independents “in the case of a need for at-large senators.” This means that due to the policy change, if no independent student can be found to fill a special interest seat, a Greek involved student may represent that group instead. The policy change does not affect the four seats meant to represent each class because these still must be filled by independent students.

Some students have expressed concerns about the idea of Greek involved students potentially representing special interests. Ellen Hughes, an independent junior who has been following the policy changes by reading the Student Senate minutes, is one of those students. “The idea of a legislative body is that it represents the students in the best way possible, and in the case of Greek Life it’s such a close knit society that the question is brought up if it’s possible to separate one aspect of who you are from the other,” Hughes said.

Currently, 21 out of the 22 senate seats are filled and according to Wilson, none of the special interest seats are currently filled by members of Greek organizations. This would mean that about 38% of Student Senators are involved in Greek life.

According to Sharon Jackson, director of student activities and orientation, about 26% of the student body as a whole is involved in Greek Life, making Greek-involved students more common in the Student Senate than they are on the campus as a whole.

Note for transparency: The author of this article is a member of the Theta Sigma Tau co-ed fraternity.