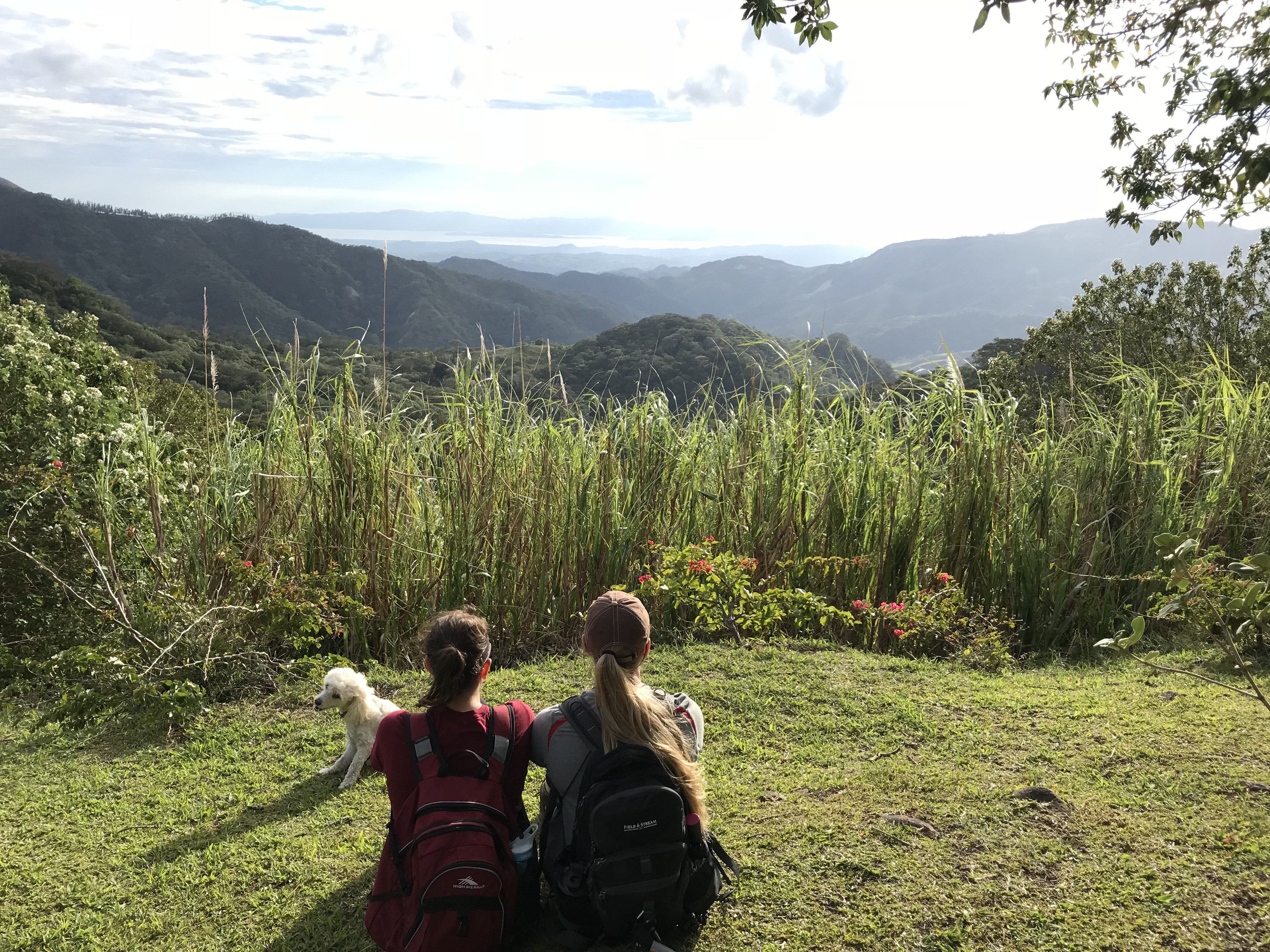 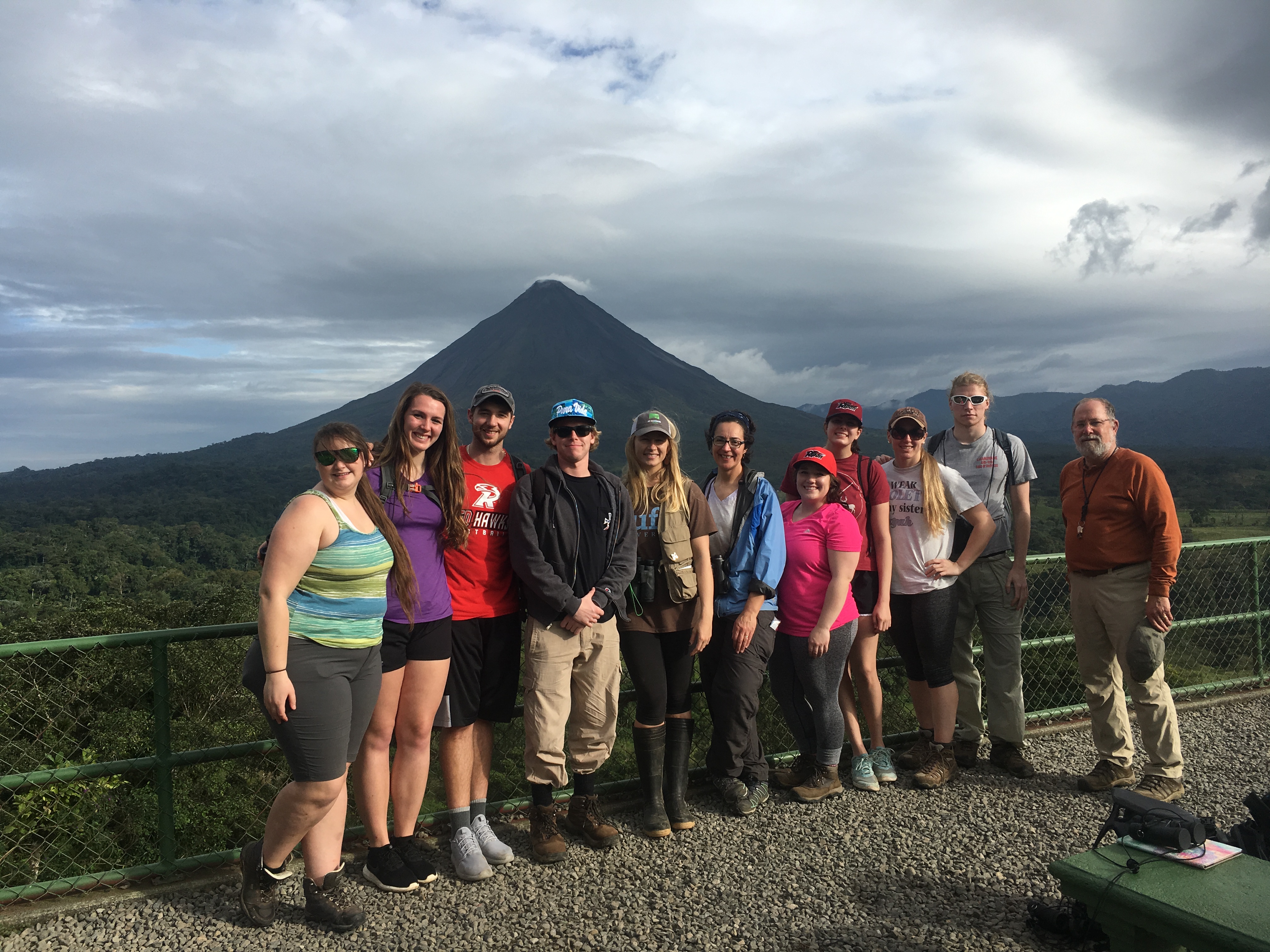 While most Ripon College students spend winter break catching up on Netflix or avoiding chore requests from their parents, Katie King ’19 decided she was going to do something different. Traveling with a group of students lead by Associate Professor of Biology Memuna Khan, King traveled to Costa Rica for an intensive field study in conservation.

“I went because I wanted to experience what field biology was like and Costa Rica is a biodiversity hotspot,” King said.

Elena Byrd ’20 was also on the trip with King. After two weeks in the prerequisite course, Byrd decided she wanted to go: “You simply don’t get that many chances to go to the rainforest so you’ve got to take them when you get them.”

From Jan. 1 to 12, Ripon College students traveled to two locations in Costa Rica as part of an InFocus course taught by Khan. The students visited the Monteverde Cloud Forest and the lowlands in La Selva. Both of these destinations provided unique field study experience.

“The cool thing about Costa Rica is that every time you look for something you are going to find something amazing,” Khan said. This was her first time taking a group of students to Costa Rica. She explained that the planning for this trip happened over a year ago.

“Ever since I have been at Ripon I have been involved in these intensive off-campus studies. I love teaching that way. I love being immersed and being a total biology nerd and doing it 24/7,” Khan said.

While traveling in Costa Rica, students enjoyed their interactions with wildlife. King explains that one of her favorite moments from the trip was when she got within two feet of a white-faced capuchin monkey. King adds that another special moment was when the class was trying to cross a bridge.

“We had a day where we had to cross this bridge to get from one station to another and the first morning we were there the bridge was covered in howler monkeys. We think they were having a territorial dispute because they were all just screaming at each other,” King said.

For Khan, her favorite moment is a little different. She explained that every morning she would get up at 6 a.m. to go bird-watching.

“First the students are tired and then they aren’t sure if it’s required, then when they start coming they really just want to see more. That’s always my favorite part when they are like, ‘Oh my gosh I am only in this country for this many days and I only have this many chances to see what there is to see,’” Khan said.

“… This was a good experience to see what it’s like to be out in the field doing conservation related thing…I got to see what kinds of things you would study if you went somewhere tropical to continue your education,” said King, who hopes to pursue further education after Ripon.

To attend the InFocus trip, students took a course in the fall of 2017 that helped prepare them called, “Evolution, Conservation, and Biodiversity.” Khan explained that Costa Rica is an important subject for these topics because the country contains five percent of the world’s biodiversity. During the course students learned about diversity through evolution, patterns of biodiversity, and what it means to conserve. This last component had students analyzing political choices and asking how do you create a political will to conserve.

Khan says she hopes to offer a course similar to this again, but plans to open it up to non-majors; however, that will not be happening until 2020.