Ripon College gets a new Director of Student Activities 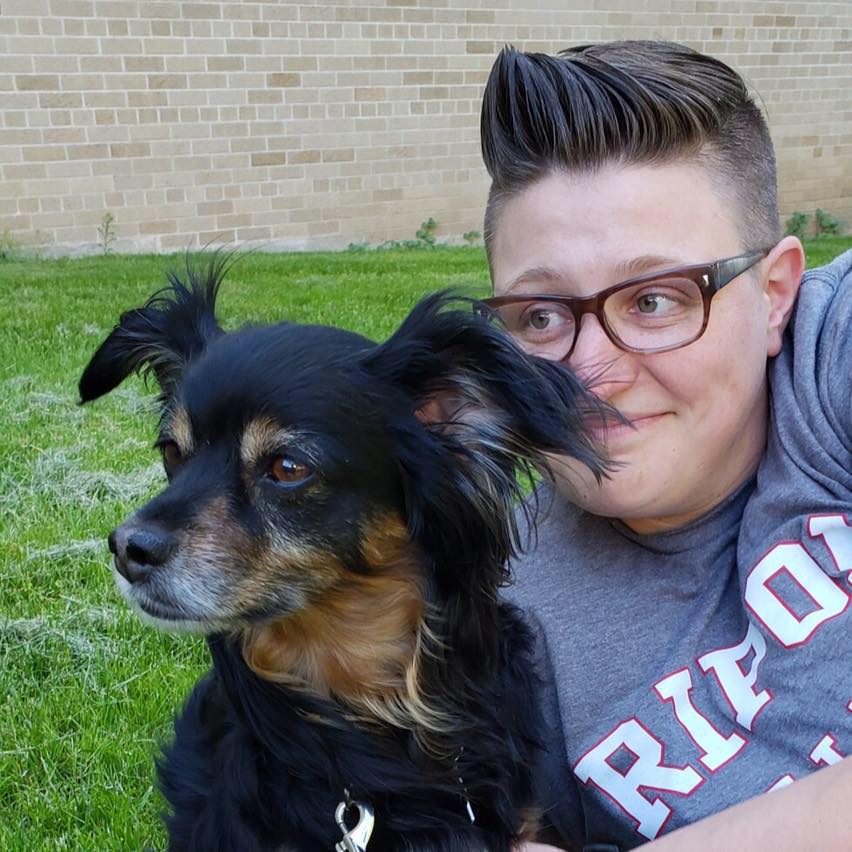 The new director of Student Activities, Sara VanSteenbergen, is a 2012 graduate of Ripon College and she explained that she is excited to be back at Ripon after working at Washington State University in its New Student Programs Office. After graduating, VanSteenbergen worked at Lawrence College in Appleton as a hall director for three years before attending the University of Central Missouri to get a  master’s degree in college student personnel administration.

VanSteenbergen is originally from a small suburb of the Twin Cities in Minnesota. The community in which she lived was predominantly white and religious, and “not the most accepting or tolerant place” VanSteenbergen said. VanSteenbergen learned more about the perspectives of others when she came to Ripon and developed a sense of value for other’s experiences. Learning about other’s perspectives has helped her to use her voice to support others.

“By learning about someone else’s perspective, I’m better able to empathize with their experiences and validate their individuality. Humans are complex and that complexity deserves to be celebrated, so seeking to understand where folks are coming from allows me to do that better” VanSteenbergen said.

VanSteenbergen grew up with a single mother who influenced her to be the person she is today.

“She’s a badass and it takes courage to navigate the worlds of being an adult with a full-time job, two children, divorce and other things while handling these with grace. She is unbelievably kind and if I could be a tenth of what she is then I’ll have done my life well,” VanSteenbergen said.

Her mother is also the funniest person she knows.

VanSteenbergen was influenced by other people in her life too, such as teachers from high school and professors at Ripon College. Two of the people at Ripon who had the largest influence on her were Cindy Hutter and Christopher Ogle. They gave her encouragement with genuine care and concern which influences her to do the same for the students she oversees now, she said. The influence VanSteenbergen received from these people at Ripon are connected to why she chose to come back to Ripon College, she explained. She loved the pieces in the community and the opportunities she had as a student since they defined who she is as a person today.

“The opportunity to come back to this community and give to current Ripon students is a special one for me,” VanSteenbergen said.

VanSteenbergen’s position involves working in Student Activities as the director advisor for the Ripon Live Club, Greek groups on campus, Panhellenic Council and Greek Council. Her position also requires working during the summer, January and winter orientations while being the contact person for the leadership development and community service hall director collaterals. VanSteenbergen said that she enjoys her career because of the opportunities she has to build relationships outside of the classroom since this allows her to figure out what students want to do outside of the classroom and in the future.

VanSteenbergen has quite a few hobbies when she is not handling the many duties she has for the college. She is a big reader, as shown by the many books she has on the bookshelf in her office. She also enjoys cooking but more specifically making “self-care food” and being around her dog, Marty. Her go-to “self care foods” are gumbo, mashed potatoes and cheese curds.

She describes herself as an avid learner and enjoys teaching herself how to do things. She taught herself how to whittle when she first attempted to whittle a chain. It took her a month and a half to whittle the chain but it was definitely worth it, she said. Being an avid learner, VanSteenbergen enjoys learning about many different topics. However, if she could learn about one thing a lot more, she would want more knowledge of systems of privilege and oppression.

“You never can learn enough about these systems as more work and learning can always be done. Good awareness is necessary in these systems so we need to be sure it’s happening. The only way to support marginalized backgrounds if not from one is to keep learning about them,” she said.

The thing she would most like to improve upon is “continuing to find a good balance between energy at work and in personal life.” VanSteenbergen has a tendency to throw a lot of energy into building really good connections with students and colleagues at work so finding that happy medium between work and home life can be difficult.

VanSteenbergen is most motivated by wanting to be an advocate and a support system for students between starting and ending college. Having gone through this process herself, VanSteenbergen understands what students are going through and how “daunting” it really can be for a student. Having a hand in the different communities within Ripon and helping them grow and thrive while challenging each other motivates her as well. She wants to help sustain that growth and be a part of something bigger.

The biggest obstacle VanSteenbergen has faced in her life was nearly not being able to come to Ripon since she almost could not afford the tuition. This led her to believe coming to Ripon may not have been a “feasible educational opportunity.” This changed when she received the Pickard Scholarship which made it possible for her to come here. “I would not have been the same person today without that opportunity.” VanSteenbergen said.

VanSteenbergen has made major moves three different times and wants to put her degree to consistent use. As such she is planning to stay at Ripon for a while. VanSteenbergen does not want to look too far ahead, but is considering pursuing a PhD or Doctorate of Education (DDE) degree at some point so she can continue to best serve students.