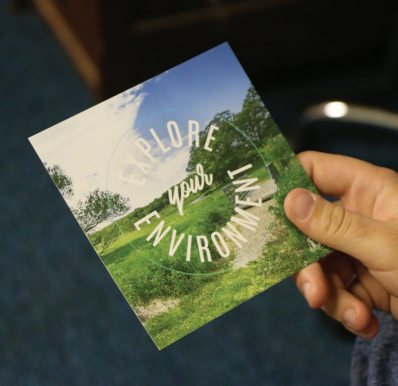 Over the beginning of the fall semester, Ripon College has ramped up efforts to become more sustainable. The effort is part of a decade-plus-long process to make the campus more eco-friendly, with recent talk about sustainability being an effort to raise students awareness and participation about Ripon’s sustainability practices.

Recent conversation about Ripon College’s efforts to go green arose after an email from President Messitte was sent to the Ripon College student body and faculty on Aug. 22. The email mentions that the Sustainabillity Team has been working towards eco-friendly options in response to last year’s Intergovernmental Panel on Climate Change Special Report. This, however, is only one part of the bigger picture.

“The College has been making decisions for over a decade to address sustainability issues.  The intensity has increased over the last couple of years after the College received a Cargill grant, which provided resources including the hiring of Alice Reznickova to address environmental responsibility and sustainability,” said Christopher Ogle, vice president and dean of students.

The Sustainability Team has approached their physical emissions problems by setting kitchen hoods to automatic velocity controls to reduce overuse of cooling equipment. The College also purchases natural gas as a commodity and locks in prices, years in advance, for buildings that require a great deal of energy usage, such as the Willmore Center, Rodman, Pickard Commons and Farr Hall.

Within Messitte’s email announcement was a list of ways students and faculty can reduce their carbon footprint on campus. Messitte mentioned taking shorter showers and washing clothes in cold water, but not mentioned in the list is the idea of recycling.

“Recycling is taken for granted,” he said. “Recycling is consistently contaminated with food waste, drink waste or worse. Contaminated recycling becomes trash (non-recyclable) and is handled in the normal waste stream. The cost is double for trash handling vs. recycling handling, so those surcharges are pretty rough.”

The Sustainability Team is hoping they can make progress towards educating students how to properly handle their recyclables.

“At least 50% of the recycling in the Residence Halls is contaminated and enters the waste stream at landfill. So if 90% of a recycling can is recyclable material and then someone throws in their food waste, the whole container becomes landfill. We are looking for options to change that trend,” Skamra said.