Ripon College is a small school that has always had a fight going on between the student groups to get interested students to keep coming to their meetings and events. Many student groups have been struggling to keep student group participation up for the last couple of years.

“Historically, we get groups that organize and startup. At the same time, we have some student groups that die out. Much is dependent on student leadership in those groups and sometimes there are strong leaders that really get them started and provide energy. But if they graduate someone doesn’t pick it up, they can kind of float away. In a hard-fast way, that I would agree that participation is going down. Student groups spend less time to search for your students to fill some of those groups,” said Chris Ogle, Dean of Students.

“Well, I think Ripon College always has been dependent on some students being strong leaders and some of those students doing many things. I think sometimes some of them feel like they get stretched too thin? I’ve always thought there’s room for more students to accept leadership roles, so much doesn’t fall on a few individual students … The students at the election is a good example of it. There weren’t a lot of candidates running for positions and that’s not a healthy thing. We should be seeing more students interested in having such an important role to campus,” Ogle said.

To increase the student’s participation there are a lot of resources on campus which include Students Activities Office, Student Senate, and Student group leaders. Students interested in starting a group can benefit from these resources and can contribute to an increase in students group participation.

“I think it’s always important to make sure that students are aware of how you go about starting a new group because my guess is sometimes it doesn’t happen because they just aren’t aware of the preliminary process and how it can be started. The student activities office, I think, could be really good to go over their work for students to get a new group going so that’s probably the initial step. If there’s interest in activities that people want to do something new and different oftentimes, something that students did during their high school that they like to bring Ripon College. Those all can be contributing to what might from the start of a new group,” Ogle said. 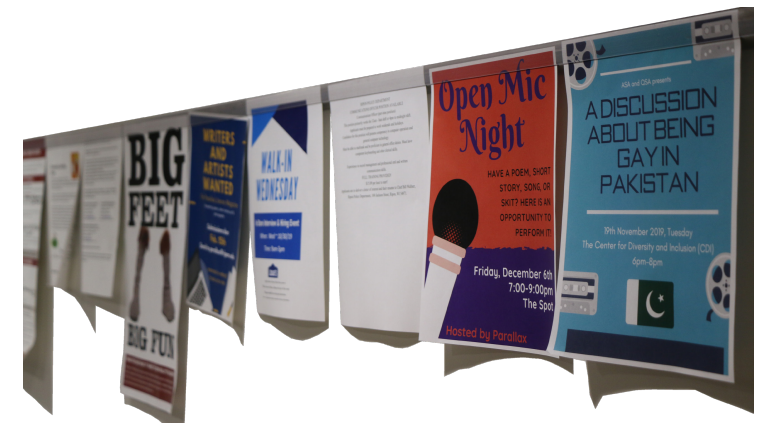 Posters, some of which advertise student group events, hang outside the Mail Center.
Photo courtesy of Connor Renshaw.