Ripon College’s Trevor Flease, Austin Bunders, Eric Doll, Jake Kaczorowski, and Cody Chase can be found coaching football at Randolph High School. There, they have made an impact on the lives of the athletes that they coach, and the high school students have noticed. Multiple Randolph High School students have said that they were inspired by these men and plan to attend Ripon College next year.

“All of these coaches inspired me to work hard and try my best even if the odds are against me,” said Parker Kohn, one of the Randolph High School players.

Coach Thomas Chase, who is an alumnus of Ripon College and previously coached football at Ripon College, is now the head coach at Randolph High School.

“I had the opportunity to coach my son for a few years at Ripon College and that was really cool,” he said.

“I really enjoyed coaching at Ripon College and working with Coach Ron Ernst and Coach Rick Coles. They were two really good mentors for me. When the offer came from Randolph, I was really excited to get back into high school coaching. One of the reasons that I took this job was because I knew that I had a pipeline to Ripon College. I knew that there were some young men that were looking to get into coaching. I wanted to get these men an opportunity and a taste of coaching that was positive,” Coach Chase said.

He speaks highly of these young coaches.

Cody Chase helped coach during the first year but left when he got a job in the Fox Valley and Green Bay. Coach Thomas Chase said, “My son, Cody, actually coached for the first year with me.”

“Trevor Flease was a receiver at Ripon College for a year. I reached out to Trevor who I also coached in high school before I left Weyauwega-Fremont. I knew what kind of person he was and I knew he’d be a great coach so I asked him and he was all in,” he said.

Jake Kaczorowski also helped coach during the first year before accepting a job at Manawa High School. Coach Thomas Chase describes him, “Jake Kaczorowski was a three-year starter in college and a phenomenal offensive lineman. Jake was student teaching with me and so at the end of the day when I drove down to Randolph, he jumped in the car with me, and away we went.” Coach Chase said.

“It was just Trevor and me. So, we reached out to Austin Bunders, and Austin was excited because Austin was a fifth-year senior due to injury and since the Red Hawks were not going to have a season this fall he was excited about coaching. I knew the energy level that Austin had. I wanted him on my staff because I knew he could bring so much to the kids at Randolph and he did a great job,” claims Coach Chase.

Lastly, Coach Thomas Chase picked up Ripon College’s Eric Doll. He said, “Eric Doll reached out to me and wanted to coach. He was a receiver at Ripon College and luckily I had enough room on my staff. They all did an awesome job. The kids gravitated to them, they were great role models, and they had energy.”

Flease’s goal is simple; “I want to build the most respectful, hard-working athletes on and off the field, that possess both physical and mental toughness, and create a culture for them to succeed in. If each component of that sentence is met, I feel we will have great new athletes in society,” he said.

Austin Bunders inspired one of his players, Logan Vander Galien, to follow in his footsteps.

“All of the coaches are a lot of fun to be around, they are very relatable and funny, they are also very good at being serious when they need to be,” Vander Galien said.

“Coach Bunders really sticks out to me because he plays football and track which is what I plan to do. I have heard it is difficult to do even one sport in college yet he is able to do both. Bunders would always bring candy to practice; he has a huge sweet tooth. One day he started quoting [the movie] “Talladega Nights,” which was really fun and created an awesome atmosphere for practice. All of these coaches made me want to coach when I am their age, it looked like a lot of fun and it inspired me to follow suit.”

Flease explained that he saw lots of potential in Vander Galien and says, “Logan was one of the hardest working individuals that played the game with heart. He was not the biggest kid on the team, but he would hit anyone he could.”

“He always pushed his teammates to be the best and would call them out when it needed to be done. His presence changed the whole mood of everyone around him and I will remember him for his corny jokes. I also think Right Slot Radio has some potential!” said Flease.

Bunders found a way to be part of football even when all seemed lost.

“Other than playing, coaching sports is my favorite thing to do. I actually was supposed to be playing in my final season as a member of the Ripon College football team this past fall, but unfortunately, due to COVID-19, I was unable to have my last season. Looking forward, I wanted to give back to something I loved so much, and stepping into coach at Randolph was an amazing experience thanks to the other coaches on the staff, the players, and the community that supported us,” explained Bunders.

Coach Thomas Chase and the rest of the team lived every day without knowing what the future would hold. The COVID-19 pandemic made playing football difficult but everyone was grateful to be out on that field, especially Bunders.

“They understood that there may not be a next week. The best memory about coaching is building those relationships with young athletes and coaches. And even through everything, that happened,” Thomas Chase said.

The high school athletes at Randolph said they are excited to come to Ripon next year, and the coaches are excited for them.

“I look forward to seeing how they all perform at Ripon, academically and athletically. I am confident they will all do well,” Bunders said.

“I could talk for hours on them because they all have the characteristics of putting the team first. They always look out for others first,” Chase said of his coaches and players. “I see a great amount of energy and I see them all being very successful. I wish them all the best at Ripon College and beyond. They’re going to do awesome.”

If you know of an inspiring athlete from Ripon College please nominate them to be included in the next edition of Ripon College Days. 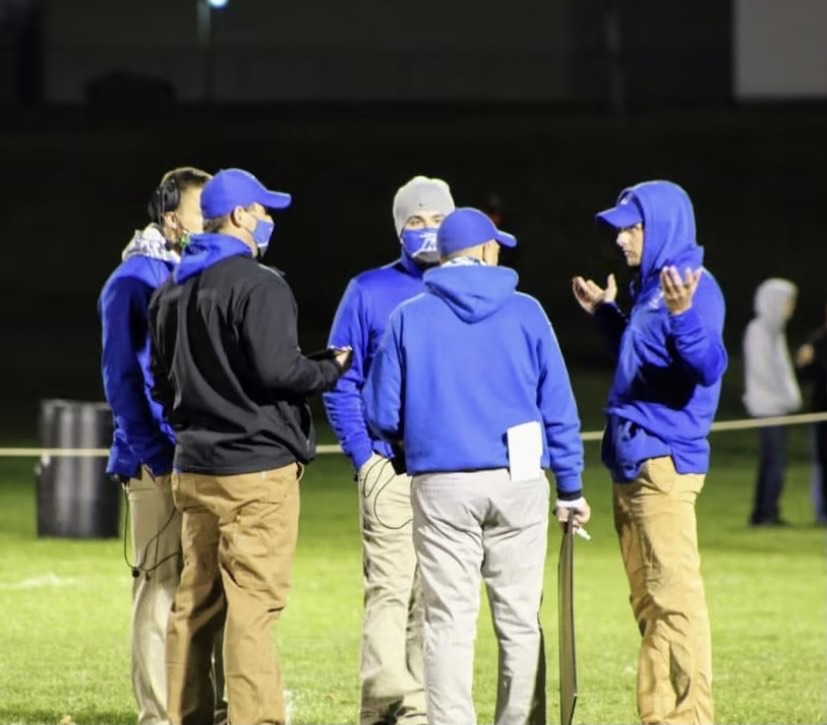 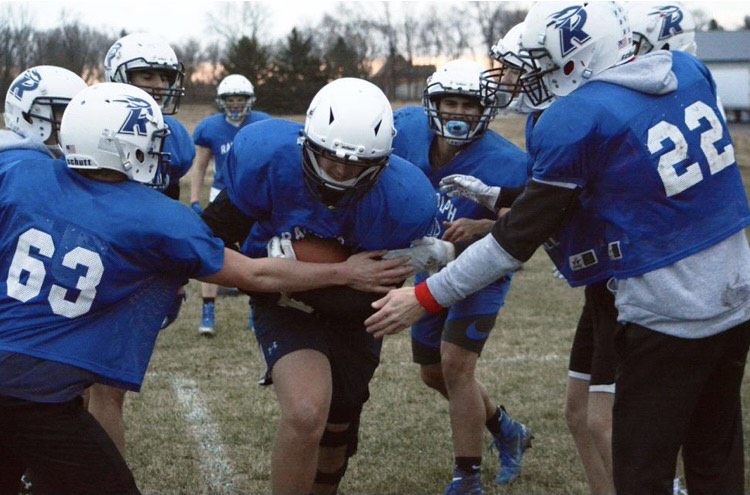