Freshman Connor Ramage earned a share of a school record on Saturday, Sept. 4 as the Ripon College Red Hawks football team defeated the Augsburg Auggies for the first time in school history.

In an email sent out to the Ripon College student body after the game, Coach Richard Coles wrote, “On behalf of the Ripon College football coaches and team members, thank you for the tremendous turnout and vocal support tonight. It made a huge difference in helping this be a Red Hawk victory. The band and student section were awesome!”

Senior quarterback Cormac Madigan also commented on the turnout of the game.

“There are few things that have sent a shiver down my spine like taking that field on Saturday. That was the largest crowd I’ve seen at a home game in my college career, and the year-long hiatus from playing football only compounded how special that moment felt. Playing in that electric atmosphere on Saturday night was a special moment that I’m never going to forget,” he said.

Along with the first ever victory over the Auggies, Ramage played in his first college football game, tallying 226 yards rushing on 36 carries. Ramage also tied a school record of six rushing touchdowns in one game, which was previously set by his teammate, senior Cormac Madigan.

“It felt unreal, I still can’t fully process that it happened but it feels good,” Ramage said. “Once I hit it I felt a great amount of happiness not just for me but not the whole team because this is a team accomplishment more than anything.”

Madigan commented on this achievement as well saying, “I shook his hand after he scored the sixth touchdown and told him to go score another one. I wanted to see him break the record in that game. After the game, I told him that now he’s going to have to take his offensive linemen out for a steak dinner just to thank them. Those big guys up front played a huge role in helping him to get that record.”

Both Madigan and Ramage share a record that they achieved in their freshman seasons at Ripon College. It is a rare thing to have two teammates sharing the same record. Both players stress that each of their successes could not have been achieved without the help of the rest of the team.

“I think a lot of the credit needs to go to the offensive line. I had the privilege my freshman year of running behind a group of four seniors and a junior for my offensive line. This year, Connor was able to run the ball with two seniors and three juniors blocking for him on the line. The team as a whole executing their assignments was what enabled Connor and I to do something special and hold that record.” Madigan said.

The first game of the season was memorable for many reasons. Ripon’s players are excited to be back on the field competing. The Red Hawks are ready to face their next opponent and first conference game of the season, Knox College, on Sept. 11 at 1 p.m. 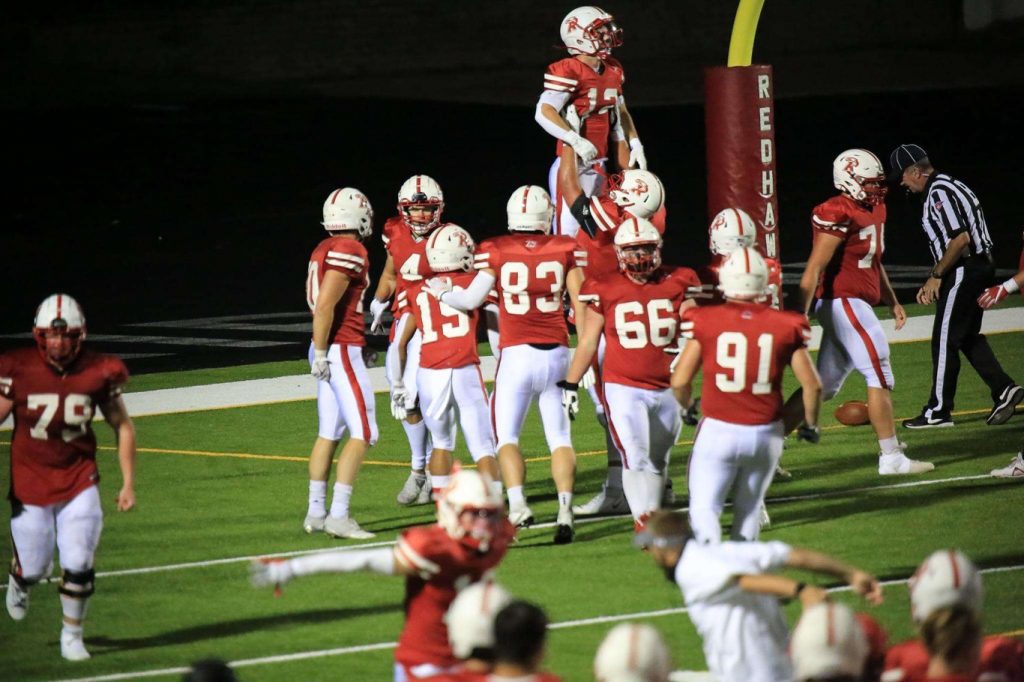 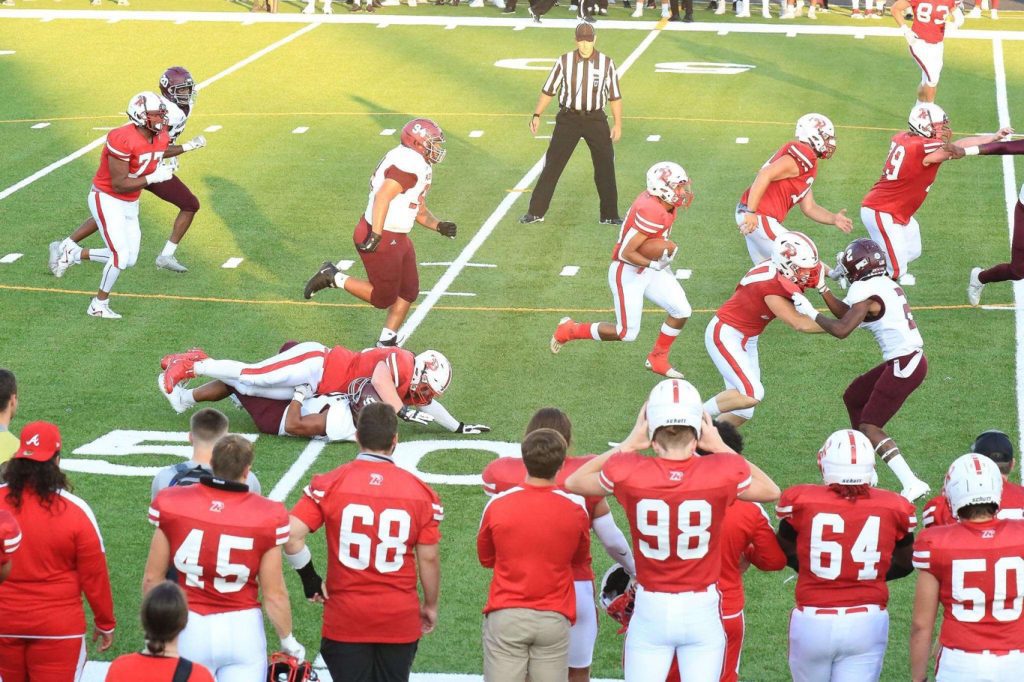