Whether you believe in ghosts or not, the Senator of the Ripon College Paranormal Investigators has a tale to tell.

Ripon College has been named on multiple haunted college lists, including No. 2 on the “Top Ten Haunted Colleges in the Midwest” list on mysterioushearland.com, and has countless ghost stories dating back to the college’s establishment in 1851.

Senator of the Ripon College Paranormal Investigators club, Logan Meyer, is reaching out to students this fall sharing many ghost stories that have happened in years past. As a member of the RCPI group on campus, he makes it his business to know all of the spooky stories and occurrences that have happened on campus.

“The RCPI is an organization of both believers and skeptics about the Paranormal, this includes ghosts, spirits, cryptids, ect. We go on investigations to try and prove the existence of the paranormal, and we do this by going on both large and small group investigations, and we have a ton of cool equipment to do so,” Meyer said.

“So as the story goes, on Halloween night in 1985, a group of fraternity students that were interested in the occult set out to conjure some sort of spirit to the campus. They marked the second floor of Mapes Hall to do so. In doing this, they painted a red pentagram on the floor and placed five black candles on each of the corners. The black candles are meant to keep whatever they conjure inside of the pentagram and keep the spirit from escaping. Once the students had set up the pentagram, they began to read passages from a spellbook backwards,” he said.

“Upon doing this, they mispronounced the passage which summoned a powerful demon to the pentagram. Now, seeing this demon entering into our plane of existence, it frightened the students, who scrambled to leave the room. While they were leaving, they knocked over one of the black candles, breaking the only seal keeping the Black Walker from leaving the pentagram. After the seal was broken, the Black Walker became bound to Mapes Hall, free to do as it pleased. This, however, was not the end of the story; the college caught word of the pentagram being painted and thus had the plant department cover the pentagram. Once they destroyed the pentagram, this allowed the Black Walker to leave Mapes Hall and roam the rest of campus finally free.”

“There are a few other stories about the Black Walker, however, I think that the original summoning is one of the greatest. The Black Walker is reported to be 7-8 ft tall with glowing red eyes and a black body. After it was all said and done, the Black Walker is said to now be residing near lower campus and the Prairie.”

This story, along with many others, is now a legend at Ripon College. The Ripon College Paranormal Investigators make it their mission to seek out these stories and discover whether or not they are real, or just a hoax. With Halloween just around the corner, RCPI would like everyone to stay safe and keep their eyes open for any spooky happenings around campus. 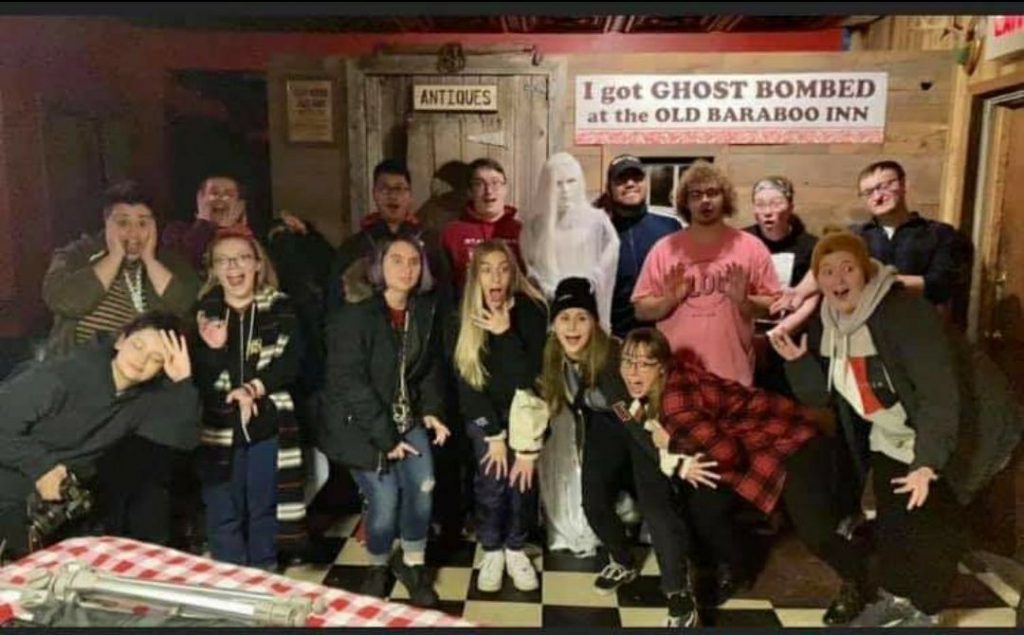