Two vehicles damaged during crash in the Quads

Two vehicles damaged during crash in the Quads

A rollover accident in the quads circle shakes Ripon College

“It came as a surprise to me not hearing anything in Bovay and coming down to a massive accident.”

That was senior Owen Greene’s first impression when he came across the aftermath of a collision in the Quads.

The two-vehicle crash occurred in the campus quads Saturday, Nov. 6 at 4:17 p.m. A truck was going around the curve of the circle when the clutch got stuck and the driver lost control, according to the Ripon Police Department. After losing control, the truck hit a cement barrier and flipped, hitting a car that had just parked, the department’s crash report explained.

The truck was owned by another student; the driver of the truck had an abrasion on his left arm and a cut on his head. No emergency transport was required but the driver later visited the hospital on his own, according to Ripon Police The owner of the parked vehicle was able to avoid injury as did the passengers involved.

According to the report made by Officer Brad Rasmussen, “[A witness] said that she heard the truck coming around the corner and looked through her rearview mirror to see the truck losing control and flipping onto its roof.”

The truck received damages, leaving it immovable and was towed, while the parked vehicle was functional.

The college has been considering different options to help prevent any events such as this from occurring in the future. “There are always going to be elements out of our control. There could be different policies in place, posting speed limits around there, more caution signs,” said Mark Nicklaus, director of Residence Life for Ripon College. “There could be a thought of, ‘Do we look at putting speed bumps?’”

These discussions are ongoing, but the college could be seeing changes in the future. 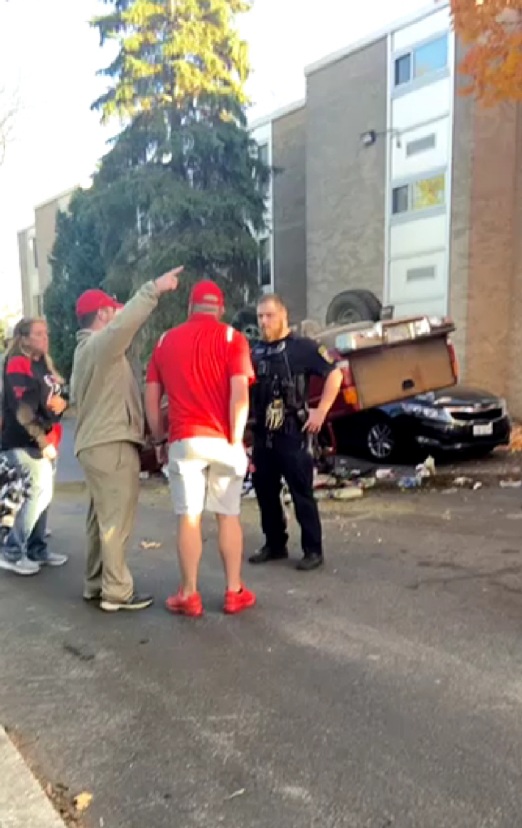