Before junior, Dameco Walker, ran track for Ripon College, the Ripon College long jump record was held by 1997 graduate, Bill Schultz, who was named Indoor Team MVP during each of his four seasons at Ripon College. Previously, Schultz held the school record of 6.93 meters/22 feet, 9 inches for the long jump. In 2020, Walker beat that record for the first time, with a jump of 6.99 meters/22 feet, 11.25 inches with Schultz in attendance.

The director of cross country as well as track and field, Bob Wood, said, “The first time he (Walker) broke it in 2020 it was exciting and a little bit of a surprise. The former record holder, Bill Schultz, was in attendance to watch him jump and they were able to talk and get a cool photo after the jump.”

After Walker beat the record for the first time he said, “I didn’t even realize it happened. The previous school record holder who was there told me and I was confused and shocked when he told me I was the new record holder.”

Walker wasn’t ready to stop there, though. Now, in 2022, Walker has beaten his own record to heighten the standards for Ripon College long jumpers to 7.07 meters/23 feet, 2.25 inches.

“I expect to keep breaking the record till my last track meet,” Walker said.

Walker is focused and the jitters are gone. He is determined to enhance his skills and compete at a high level during each competition.

Coach Wood describes Walker as a versatile athlete who works hard and leads by example.

“He has potential to make an impact at the conference and national level this year so it should be a lot of fun,” Wood said.

Walker is currently listed in the Top-12 in the NCAA for long jump.

“My goal by the end of the year is to make it to nationals and try to podium in long jump. It feels good to be in the top 12 but I’m not satisfied with it just yet,” Walker said.

The next home meet for indoor track and field is scheduled for Saturday, Feb. 5. 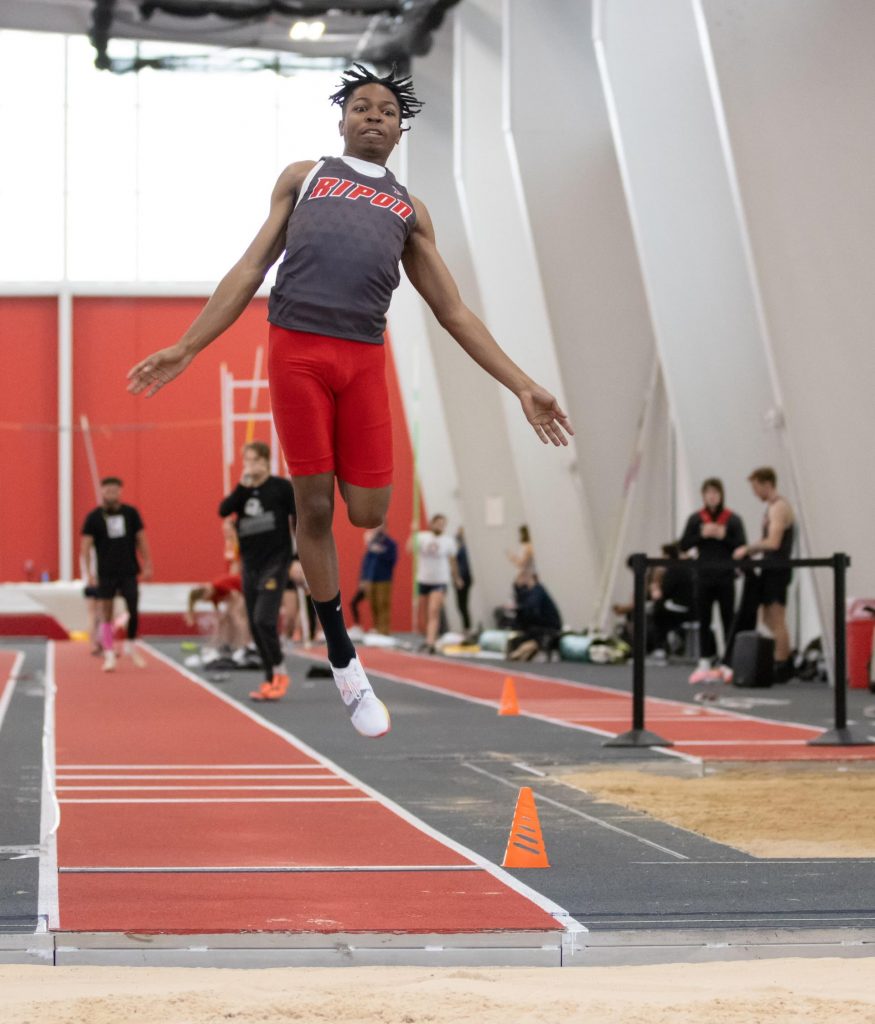