The Ripon College Symphonic Wind Ensemble, directed by Dr. Tobin Shucha, will honor a longtime community participant of the ensemble at its Spring Concert.

Thomas Farvour, known as “Tuba Tom,” played the tuba in the Symphonic Wind Ensemble for 35 years before the COVID-19 pandemic put a hold on community members participating in the ensemble. The ensemble has historically been open to all students, staff and faculty, as well as community members.

Farvour passed away in January 2021. The Symphonic Wind Ensemble will be dedicating two pieces to him at their Spring Concert on April 10 to honor his memory.

The ensemble will be performing the march piece Them Basses, written by G.H. Huffine, because it was Farvour’s favorite march to play. His brother, Richard, will play the bass drum with the ensemble for this piece. This piece is unique because it puts a spotlight on the low brass and low woodwind section of the band.

The ensemble will also be playing Memorial, written by David William Rackley, which will feature a rendition of Taps played by the tuba, an homage to Farvour’s pride in his military service and his dedication to playing the tuba.

Shucha also plans on getting Farvour’s picture, along with his name and years in the band, etched onto a brass plaque, and then attaching the plaque to a chair, so that Farvour will be remembered every time someone brings out the chair and sets it up in the tuba section. He plans to ceremonially dedicate the “Tuba Tom” chair at the concert.

“I just thought that someone who was a faithful member of the band for 35 years deserved to be honored by the group, especially because the pandemic prevented him from playing with the band for the last year of his life,” Shucha said.

Students, staff and faculty who wish to honor his memory may join the Symphonic Wind Ensemble April 10 in Demmer Hall. The program is free and open to the public. 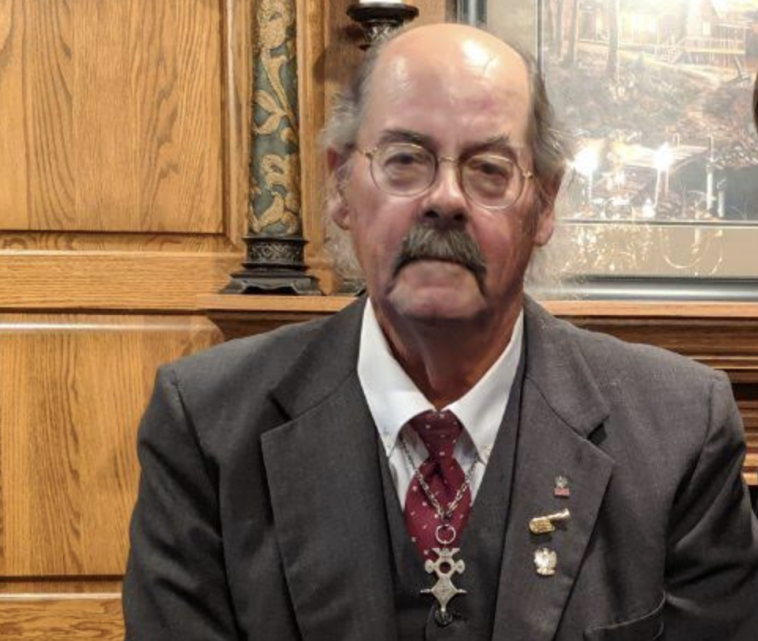