Several exit signs in Scott Hall have been subject to property damage and theft in the few weeks that students have been back on campus after winter break — and that could lead to students paying a little more out of their pockets.

According to an email sent out by Residence Hall Director Courtney Bernd on Feb. 16, the campus has had to replace more than 10 exit signs in the building in the seven weeks that students have been there.

Why students seem to enjoy stealing or damaging exit signs remains a mystery; some students speculate that it is due to their easy accessibility in low-hanging areas, while others suggest that it is because they could make for fun room decoration.

Whatever the reason, this is not at all a new issue. In the fall semester, Bernd issued a similar email addressing several damaged or missing exit signs.

Later that semester, she sent yet another email stating, “The Ripon Fire Department just did a random check of Scott Hall for fire code violations. They stopped by my office and issued 2 warnings for exit sign violations. They found 2 that were not up-to-code.”

These damaged and stolen exit signs come with a price. According to Bernd, if the fire chief or officials from the state came to do another inspection, the college could face significant fines for broken or missing exit signs. Additionally, “each exit sign can cost $50-$250, depending on circuits and sign designs,” she said.

Exit signs also have not been the only things in the past that have been victim to damage and theft in the residence building. Among other objects that have gone missing in previous semesters include the fire evacuation map and the Scott Hall signage.

While some of these cases have been resolved, that is not often the outcome.

“In the past, when we haven’t been able to pinpoint a person(s) responsible for large damage costs, we have charged the entire hall for the cost,” Bernd wrote in the email. “If we continue to have exit signs broken, at the end of the year, you all may be subject to Common Area Damage.”

Consequently, all residents of Scott will likely pay the price for the violations of the exit signs.

Bernd noted the violations of exit signs are unnecessary and inappropriate: “[The exit signs] are not placed in the building so you can demonstrate your athletic ability or use them for dorm decor. Property Damage is unacceptable.”

The email concluded by encouraging students to come forward with any information regarding who is damaging exit signs. 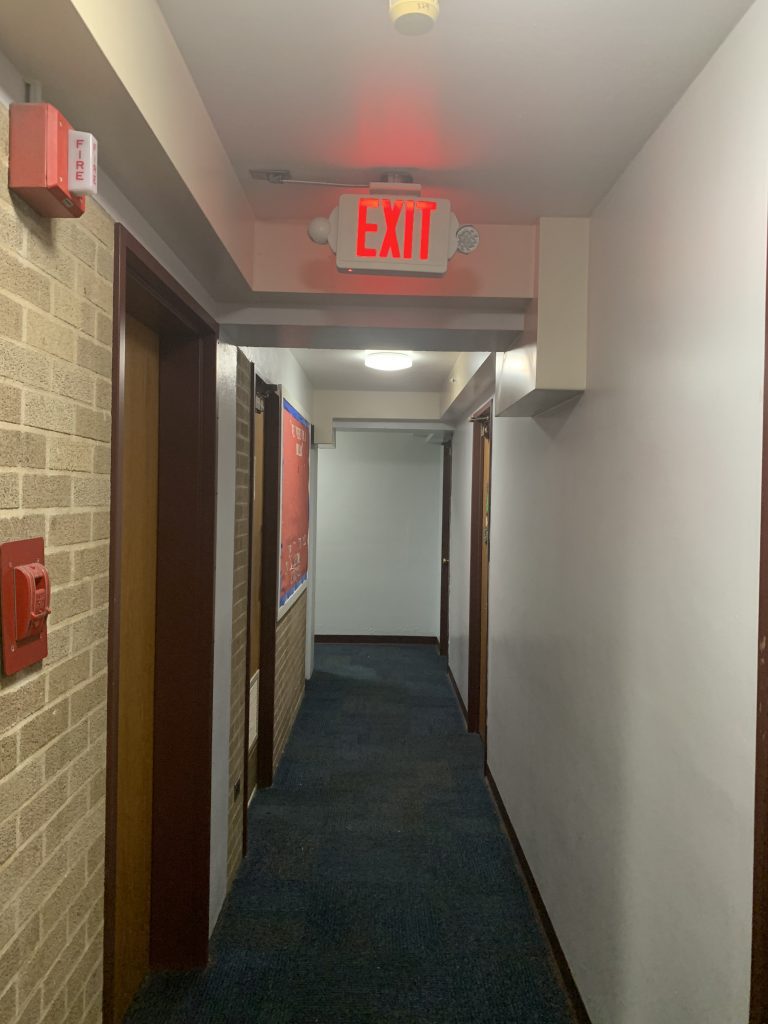