The men’s and women’s basketball teams clinched a conference title yet again.

The Red Hawks women’s basketball team is the Midwest Conference champion for the fourth-consecutive year, while the men’s team also is named top of the conference.

“After a tough non conference schedule, our conference season has gone pretty well! Some of our favorite moments would be players stepping up and knocking down big shots, from our freshman players to our seniors as well as overcoming challenging travel and scheduling moments,” women’s head coach Lauren Busalacchi said. “It’s been fun to watch our players respond!”

She added that the next step for her team won’t be easy.

“The tournament will be tough with its back-to-back [game] format as always,” Busalacchi said. “We hope to maximize our moments and play really good defense and take care of the ball on offense and get great shots.”

The women’s team is scheduled to play at the Willmore Center against Illinois College Friday, Feb. 25 at 8 p.m. With a win, they will then play in the championship game Saturday, Feb. 26, at 6 p.m.

Along with the women’s success in conference, the Red Hawks men’s basketball team has also snagged the first place standing in conference. Coach Ryan Kane explained what is so special about this year’s team.

“We had a six-game winning streak in conference starting 6-0, which was our best start since the 2016-17 season,” Kane said. “The expectations are the same every year. Get into the tournament and then find a way to ‘Get to Saturday,’ which means winning a semifinal game and then playing for the championship on Saturday.”

The men’s team will play against the to-be-determined fourth seed at the Willmore Center on Friday, Feb. 25, at 6 p.m. With a victory, they will then play on Saturday, Feb. 26 at 3 p.m. in the championship game.

Kane has engraved that competitive mentality into the minds of his players.

“The team goals for the remainder of the season have remained the same throughout the year: make the conference tournament and make the national tournament,” junior Ryan Steffes said.

However, the competition is not the only thing that the players enjoy. Steffes loves spending time with the team off the court as well, which makes that bond even stronger.

“I think that the memories that I have from the season all consist of spending time with my teammates, whether it is on an eight-hour bus ride to start the year, or watching the women’s basketball games with them. Those are the main memories that I have,” he said.

Junior Jaylen Mahone also has many fun memories from this season.

“We went to a Cavaliers and Warriors game when we went on our Ohio trip, which was pretty cool. We got luxury box seats for that game. We also went to our coach’s cabin for a weekend as a team before the season started. My favorite moments came when we beat Whitewater and Lake Forest at home and also beat Cornell at their gym,” he said.

Mahone explained why it is important to stay in the top ranks as tournament roles around.

Kane agreed and is hoping for support from the student body for both the men’s and women’s basketball teams.

“This time of year is exciting for basketball and I hope that the students will come to Willmore and cheer on the men’s and women’s team as we continue to compete for a championship,” said Kane, who hopes for a packed gym for both the men’s and women’s games on Friday and Saturday, Feb. 25-26. 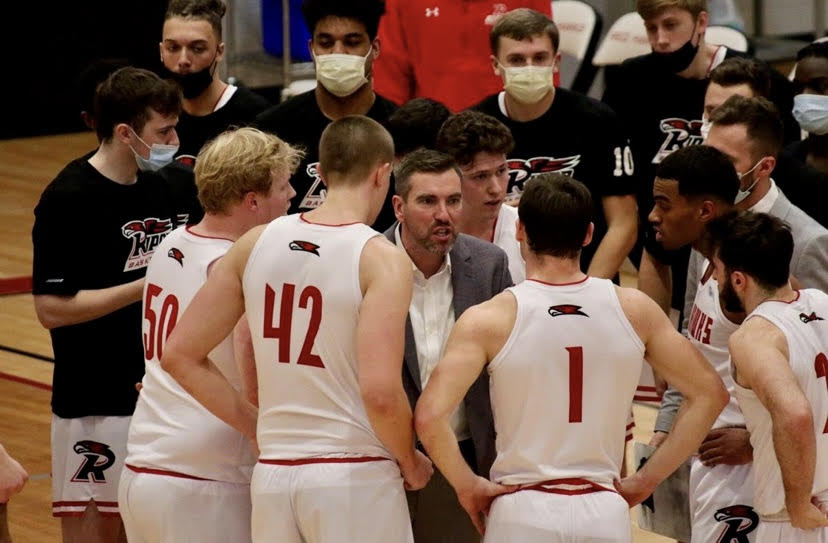