Fire alarms went off in the campus apartments building, sending emergency calls to the Ripon Area Fire District. A resident of the apartments went to check on her clothes that were in a washing machine on the first floor when she noticed the room was filled with dark smoke.

Students living in the Campus Apartments waited outside for more than a half hour as firefighters searched the building and got the situation under control.

Director of Resident Life Mark Nickalus has since said that “an overloaded washing machine was the root of the problem. Too many clothing in the machine taxed the motor and belt, which led to the belt smoking.”

Following the incident, Nickalus said, “The machine is currently operating after maintenance replaced the belt and gave it a once-over.”

He also mentioned that he is  “currently coordinating with Maintenance to see if we can add a second washer and/or dryer to the units to relieve some of the strain on the existing ones.” 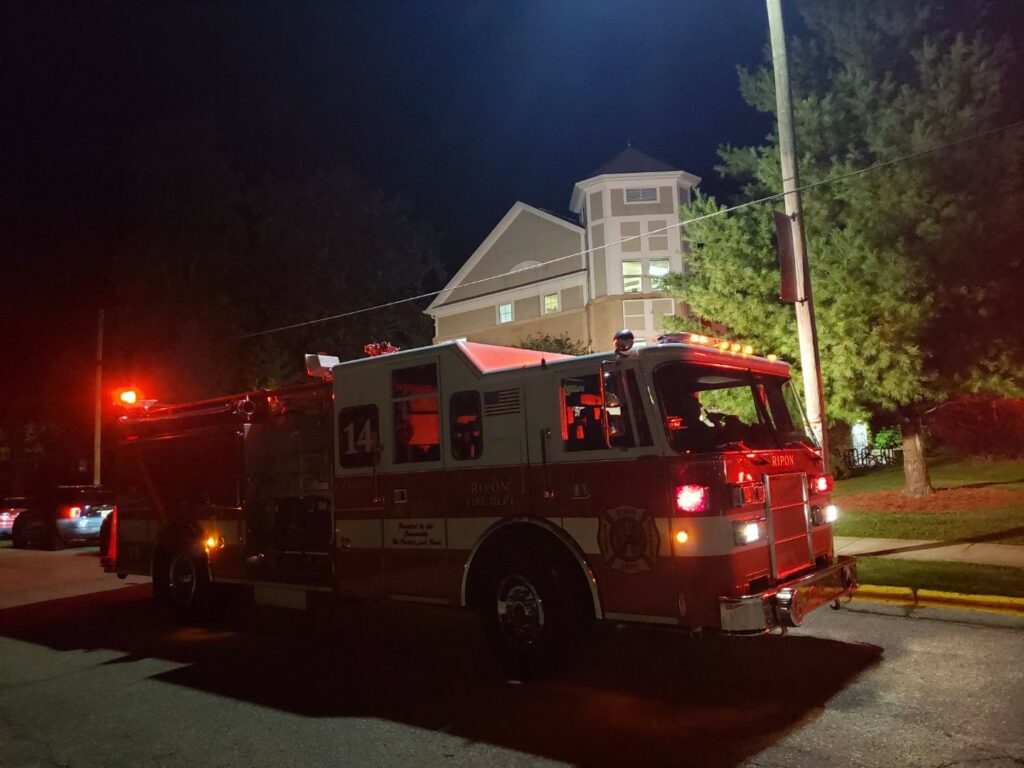 A fire truck arriving at the Campus Apartments around 9:50 pm.