In response to student requests for more security on campus, including an online petition created during the spring 2022 semester, four security cameras are being installed in Johnson Hall as a pilot project. A camera will be added at each of the three keycarded entrances, and one camera will be placed at the back exit by the dumpster.

According to Director of Residence Life Mark Nicklaus, the cameras will be installed sometime in October.

“These cameras were installed based on student feedback and concerns, and we have done a lot of research evaluating different camera systems,” Nicklaus said. “We tried to find what works best for the students, as well as the budget.”

Nicklaus explained that these are the only guaranteed security cameras being installed at the moment, as the goal is to test the capabilities of the cameras before installing them in the other residence halls, and that Johnson Hall was chosen because of its size.

“Johnson is the second biggest hall — the only one bigger is Scott —,  and we wanted to see if the specifications they listed on the camera would actually do what they said they would do. We want to make sure a single server would be able to support [multiple cameras at a building] the size of Johnson. If it can support Johnson, it can support all other buildings besides Scott,” Nicklaus said.

Nicklaus also said that installing cameras in the laundry rooms is not currently the plan, but is not entirely off the table.

“Initially, some students wanted cameras in the laundry rooms for a couple reasons: reported thefts in laundry rooms, stuff moved out of washing machines and dryers, and concerns of overloading which causes the machines to start smoking,” Nicklaus said.

However, cameras being placed in the laundry rooms is being reconsidered due to student privacy concerns.

“Right now, we are pulling back and we are not going to do it at this moment in time. It doesn’t mean we won’t in the future because I want to follow up with some of these concerns,” Nicklaus said. “The point of these cameras is to alleviate stress and anxiety, not to cause more.

The cameras are being tested for capabilities such as night vision, range, and the amount of footage that they can record.

“We didn’t want to waste the student’s money and buy eight sets if they wouldn’t work”, Nicklaus said.

Nicklaus explained that the hope is that the cameras will be able to record at least two weeks’ worth of footage.

“That way, if someone reports an incident, within two weeks we can review it and save it,” Nicklaus said.

They’re also being tested because of the complex wiring that the cameras require.

“The challenge is the wiring. We need to go, and drill, and do maintenance work to install the wiring,” Nicklaus said. “They need to be on their own secure line, not the campus internet network.”

Nicklaus also said that if everything goes well with the cameras, the college plans to expand them to the rest of the residence halls and parking lots.

“If I had it my way, we would be getting these up and running by the end of fall semester or halfway into the spring semester,” Nicklaus said. “Our goal is to make sure students feel safe on campus, and this is one of the best steps.”

“We’re not gonna have one person in front of 50 screens like you see on TV,” Nicklaus said. 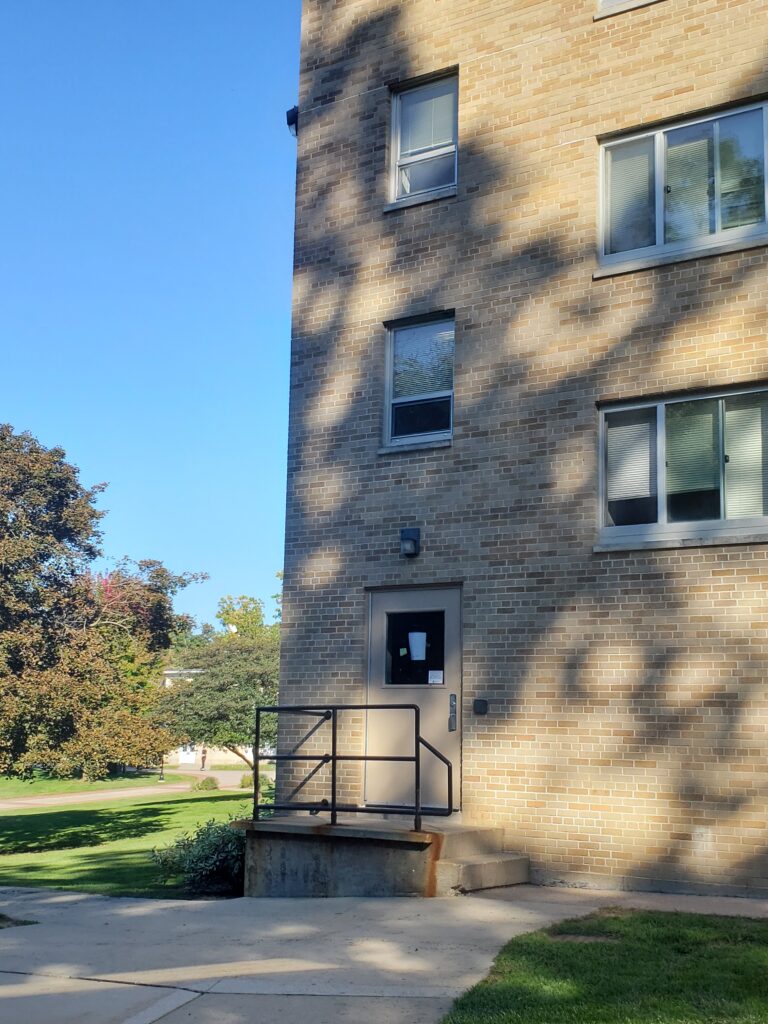 A side entrance to Johnson Hall. Photo courtesy of Caitlin Marsch. 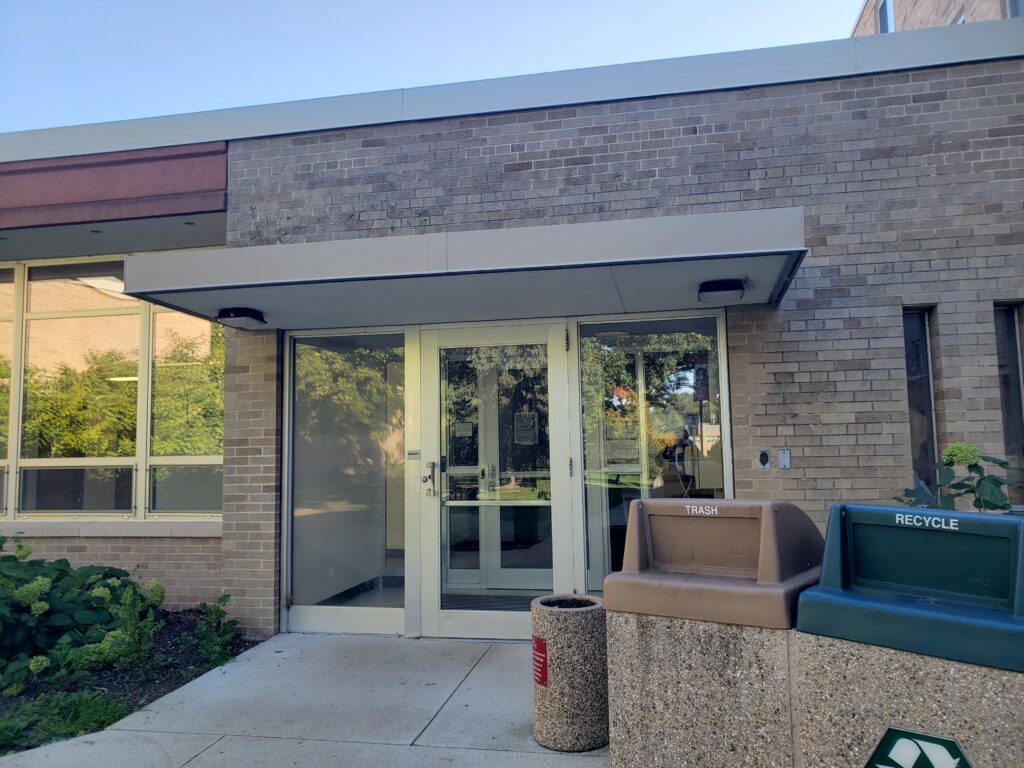