This HALLOWEEN Beware CONJURING Anything SINISTER

This HALLOWEEN Beware CONJURING Anything SINISTER

Ripon College Paranormal Investigators have a spooky tale of campus to tell as they prepare for their haunted tour.

Ripon College Paranormal Investigators (RCPI) is a club on campus known for its investigations of haunted locations on and off campus. Last year, RCPI traveled to Sallie House in Atchison, Kansas, and BaraBoo Inn in Baraboo, Wisconsin, to complete investigations on paranormal activity. RCPI also investigates ghost stories and ghostly sightings that occur on campus.

This Halloween season, RCPI secretary, JC Roh, has a spooky tale to share: The Legend of Black Walker.

“The story goes, in Ripon College, on the night of Halloween, 1985, a group of fraternity students interested in occult practices decided to test their beliefs on the second floor of Mapes Hall. In one of the student’s rooms, they prepared for a conjuring, ripping open a section of their carpet and painting a red pentagram on the floor where they meticulously placed five black candles at each of the five points in hopes to confine what evil entity may become. The group then proceeded to recite a powerful passage backwards from the Book of Spells, and, in doing so, spoke a spell greater than the original words of God when he commanded creation,” he said. “To the student’s surprise, black smoke began filling the center of the pentagram. Unbeknownst to them, the students had summoned a powerful, evil demon, known as Black Walker. Upon seeing the demon, one of the students panicked, knocking over one of the candles before running off. As a result, the barriers of the pentagram broke, unleashing Black Walker from their constraints and binding them to Mapes Hall.

“Sometime later, the maintenance of Ripon College had painted over the pentagram and repaired the torn carpet. However, this action allowed for Black Walker to be released from the confinement of Mapes and free to roam the campus of Ripon College.

“In the fall of 1990, a student of Ripon College decided to challenge Black Walker. In the volleyball court outside of Anderson Hall, the student shouted for Black Walker to approach him, despite this, the demon did not show. Giving up his efforts, the student retreated for the night and returned to his room to sleep.

“That same night, in Mapes 204, Black Walker had exited the closet of the student’s room and proceeded to stand over them as they lay in their bed, intimidating the student into Black Walker’s submission.

“Connecting to Ripon College’s campus is Hillside Cemetery. Within the cemetery, a crucifix stands transversely aligned, facing north, in comparison to other crucifixes located in the cemetery of which face east. In introducing this cross with its disruption of alignment, only entities of true neutrality can exist there. Because of this, when the cross was placed in Hillside Cemetery, Black Walker had ceased to appear within the campus of Ripon College. Black Walker is said to resemble a 15 feet tall dark figure with red eyes. Despite the placement of the crucifix in Hillside cemetery, and the demon’s supposed disappearance since, Black Walker has been reported to occasionally appear before students of Ripon College during the night.”

If you want to learn more about Black Walker, don’t miss RCPIs annual haunted tour this weekend, Oct. 21-23. Students are invited to bring family and friends visiting for family weekend and get a brief history of paranormal happenings on campus with destinations to the spooky sites.

“RCPI is greatly appreciative of all the individuals supporting the club and is looking forward to meeting new students and people from the Ripon Community interested in the paranormal world.” Roh said.

For more spooky news check out RCPIs meetings, every Thursday from 6 to 7 p.m. in the Presidential Room outside of Pickard Commons. 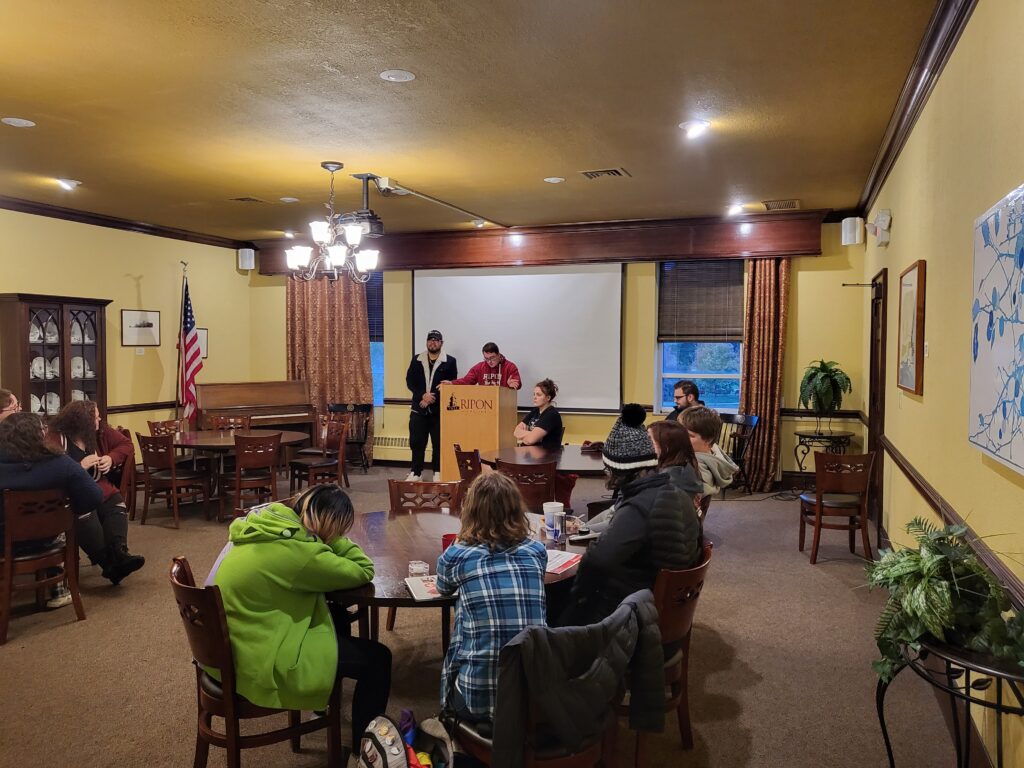 An RCPI Meeting, held in the Presidential Room. Photo Courtesy of Bryson Patterson 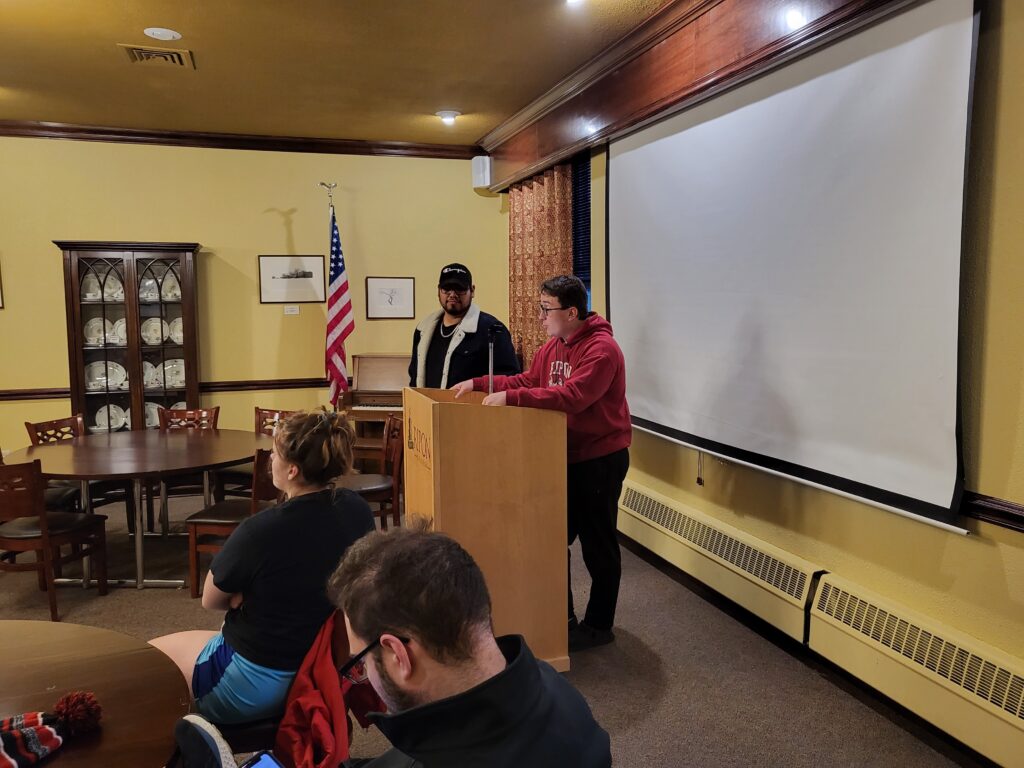